Achille Mbembe’s vision is a guide to the revolution that stands on the other side of revolution, writes Imraan Coovadia. 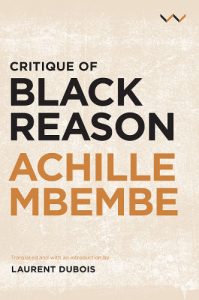 To direct an unruly population, you take hold of them by the sacred and what cannot be subject to question. In Pakistan, Islamism. In India, Hindutva. In Israel, Jewish survival. In the United States, national predominance. As president of South Africa, Thabo Mbeki applied the rule in local terms. His refusal to offer antiretroviral drugs was, as he presented it, an act of resistance to hated racial stereotypes, not to say the greed of Western pharmaceutical companies. Mbeki similarly turned every question of his protection of Robert Mugabe into a rejection of white supremacy: who was Tony Blair to decide on the government of an independent African country? Stated in this manner the question was, naturally, unanswerable. The argument was so useful that, under Mbeki’s successor Jacob Zuma, it was even pressed into the service of neocolonial rule. Bell Pottinger from London, and the Guptas from Saharanpur, were such keen exponents of decolonisation, and locals from Zuma to Andile Mngxitama of Black First Land First such pliable recipients of their financial assistance, that they attracted the wholesale displeasure of the public.

Some questions might have been asked, as a result, about our political vocabulary over the past eighteen years, who has benefitted from it, and the number of its victims. Yet those doubts have not been pursued because of the prior commitments of much of our academic world and commentariat. The strain of Africanism that has taken hold in our universities, under the tattered mask of decolonisation, is openly hostile to freedom of enquiry: it is better suited to a failed state, like Mugabe’s, than to a democracy. It quotes Marx and Fanon but has no insight into the nature of power in the modern world. Winning the cultural war against white supremacy on Twitter is worse than meaningless if it happens against the background of a national collapse triggered by land confiscations. If Africanism is going to rule successfully it has to be married to an ideal of constant economic and technical progress. Recep Tayyip Erdogan, Narendra Modi and Xi Jinping are illiberal leaders, whom most of us would baulk at admiring, but they govern societies that have lifted around a billion people out of poverty in recent decades.

The assertiveness of certain strands of Africanism, like Islamism, makes for a costly kind of entertainment, but the continent is bound to be a sideshow so long as it represents a scant two per cent of the global economy. Mandela’s compromises are unpopular in South Africa today but in their essence they weren’t compromises at all. By refusing armed revenge and state-centered economic decline, the 1994 and 1996 frameworks sought to avoid repeating the various postcolonial disasters in neighbouring countries on the way to somewhere better. They were a practical form of Afrofuturism, a term that shouldn’t have the feeling of a paradox, or an impossible promise, but should make us ruthlessly discard all the counterproductive policies and, more importantly, habits of mind that prevent us reaching that future. Black Panther’s success as a movie likely has less to do with its forgettable action scenes than its portrait of an advanced African nation governed prudentially. Killmonger’s interest in arming all the world’s oppressed, in a kind of ultimate blackpocalypse, is firmly put down in favour of a programme of Wakandan scientific outreach to less advanced nations like the United States.

The turmoil of the past three years in South Africa has undermined many of the ideological positions left over from 1994, in particular the varieties of left-liberalism and socialism that never came to terms with the power of racial dynamics, and the assortment of postcolonialisms which, at critical moments, possessed by their hatred for white supremacy, couldn’t bring themselves to reject the burning of libraries and the destruction of paintings—couldn’t imagine a future beyond destruction. The one intellectual who has visibly absorbed and grown through the crisis, in my view at any rate, is Achille Mbembe, protected perhaps by a certain immunity of temperament, an unusually developed lack of political piety, and a taste for the probing question and startling paradox. In Critique of Black Reason, Mbembe does not consider South Africa in detail but places the recent history of this country along a continuum with the rest of the world. Blackness is not a political identity, not the eternal adversary of whiteness, but something mobile and uncanny. As Mbembe puts it, ‘the term “Black” in particular flowed with incredible energy, at times connoting inferior instincts and chaotic powers, at others serving as the luminous sign of the possibility that the world might be redeemed and transfigured.’

In Mbembe’s genealogy of modernity, Blackness stands first of all for the enslavement of human beings on seventeenth-century plantations and thus for the reduction of persons, above all persons from Africa, to the status of tools throughout the new global economy. In a suggestion it is hard to imagine anyone else making, Mbembe asks, without entirely answering, whether we will ‘have to forget Blackness? Or perhaps, on the contrary, must we hold on to its false power, its luminous, fluid, and crystalline character?’ He asks another question that should be asked of any project of national assertion—‘At what point does the project of a radical uprising in search of autonomy in the name of difference turn into a simple mimetic inversion of what was previously showered with malediction?’—and goes on to define his topic of black reason with unusual latitude: ‘Black reason consists of a collection of voices, pronouncements, discourses, forms of knowledge, commentary and nonsense, whose object is things or people “of African origin” … a pointillist people struggling to define itself not as a disparate composite but as a community whose blood stains the entire surface of modernity.’ The style of these observation tends to be humane and sensitive rather than sweeping.

It is easy to hear the echoes of recent South African experience in Mbembe’s observations on colonial art— ‘The role of colonial statues and monuments is to resurrect, in the present, those who during their own lifetimes had threatened Blacks with the sword and with death’—and on the structural alienation of South African society, ‘a place where, paradoxically, division and separation (what Fanon calls the “principle of reciprocal exclusivity”) constituted the very forms of being together.’ Mbembe turns to Fanon to characterise ‘colonisation as a prodigious machine for the production of desires and fantasies’, by no means all of which are materialistic. He reminds us that if ‘there is a secret to the colony, it is clearly this: the subjection of the native by way of desire.’ This is a version of Fanon which is as much concerned with what drives us as with what we wish to drive out.

For Mbembe there is no singular Africa but only the plural images of postmodernity: ‘in terms of identity, tradition, and authenticity, it is impossible, or at least very difficult, to distinguish the original from the copy, from its simulacrum.’ So that ‘to say “Africa” always consists in constructing figures and legends—it matters little which ones—on top of an emptiness.’ Without this knowledge the violence and mystification of colonialism shape anti-colonial reaction, creating a ‘Black Man [who] is a castrated subject, a passive instrument for the enjoyment of the Other, and becomes himself only through the act of taking the power to spill blood from the coloniser and using it himself. In the end, history moves within a vast economy of sorcery.’

Ultimately, Critique of Black Reason wants to transform the narrower forms of Black Consciousness by connecting them with the broadest view of humanity: ‘the concern for the Black Man makes sense only because it opens the way for a reimagining of the universal community.’ Mbembe chooses two guides in this process, Aimé Césaire, for whom ‘the term “Black” communicated something essential that had nothing to do with the idolatry of race,’ and Nelson Mandela, whose vision was ‘free from any desire for martyrdom’. In prison, ‘pushed to the edge of madness, [Mandela] rediscovered the essential—all that lies in silence and detail. Everything spoke to him anew: the ant going who knows where; the planted seed that dies, then comes to life again, creating the illusion of a garden in the midst of concrete; the gray of the watchtowers and the loud clanging of the heavy metal doors closing; the tiny thing here or there, no matter what it was.’

It may be a parochial point, but for me Mbembe belongs to the line of descent of South African radicalism, best represented by Gandhi and Mandela, which combines the inward search and the outward struggle for justice. To those hypnotised by the dream of revolution, to those absorbed in unsteady abstractions and therefore insensitive to ‘all that lies in silence and detail’, Mbembe’s vision, like Gandhi’s or Mandela’s, will seem conservative. To others, it looks more like a guide to the revolution that stands on the other side of revolution. 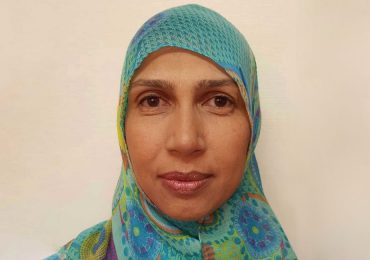