In Conversations with Influencers, the ebook companion to Become an Influencer, leading, verified influencers, as well as advertising strategists, reveal the secrets, tips, tricks and pitfalls of surfing the waves of the influencer industry.

In 2019, interviewer and author Elma Smit was handpicked by two global sporting governing bodies as the face of their World Cup digital content campaigns. As a reporter, she certainly scaled up; yet she continued to generate more revenue from influencer work.

That’s when she decided to speak to others and write about lessons learnt. Because, as marketing guru Seth Godin says, ‘ideas shared go up in value’.

In this extract, Elma chats to actor, performer, comedian and entrepreneur Bouwer Bosch about how he became an influencer, his vulnerability in the public eye, his divorce from actor Leandie du Randt and the advice he would give to his 16-year-old self.

Bouwer Bosch started his influencer journey as the lead singer of the Afrikaans rock band Straatligkinders. He was influencing people to sing along to Christian-themed lyrics even though his band played on the same stages as edgy groups such as Fokofpolisiekar and Die Antwoord. He was an early adapter, constantly on the lookout for ways to promote the music he was making, and eventually also Liefde Wen, his clothing business-with-a-purpose. Since then he has pursued a variety of acting roles, made movies, created the podcast ‘Narratief met Bouwer Bosch’ and launched his production company, Freckle.

Have you ever considered buying followers?

Yes, I have, actually! The thing about social media is that, on the one hand, I feel like it is so filtered and fake. On the other hand, I feel like it’s an amazing marketing platform. The more followers you have, the more people come to your shows, and the greater your pay cheque.

But, of course, the irony is that it’ll then tank your engagement, right?

Yes, but it’s the amount of ego involved that gets to you. Leandie hustles so incredibly hard; she’s really great at this stuff. And at one point I was the leading Afrikaans alternative musician in terms of followers – maybe because my audience was so young, or maybe because I put a comedy spin on everything I post.

But then suddenly guys started overtaking me. Then you start looking at other people, how they grow, and you start wondering about your own identity, whether people still like you. Is it perhaps your own fault that you’re not keeping up?

You go through this identity crisis, but actually the algorithm is all about how frequently you post. You need to keep up a very high frequency. And, of course, it matters what you’re posting. People loved it when Leandie and I posted stuff together, maybe because it held some sort of romantic aspiration. Those posts just enjoyed so much engagement.

Or ones about feeling vulnerable and battling with depression. It shows you where we are as people, hey? We want to know that other people are also scared, that they also battle.

Like the day my dad died, I was home, and after all of the admin of letting people know and around what happens next, I sat down and took a beat. I opened my phone and wondered, how does one post about this? Which is crazy, since you’d never just walk up to a random stranger in real life and just launch with, ‘Hi there, my dad passed away today.’ And yet we do this on social media all the time.

On the one hand, I feel like it obviously doesn’t have anything to do with other people, but there’s a part of me that feels like if there is anyone else out there who has been through this, who is also going through it, and they might be able to feel like they’re not alone, that we’re in it together, then maybe the pain is halved.

This is also why I have always been vocal about my relationship – or lack thereof – with my dad. Because there are loads of kids out there who don’t have great relationships with their parents, and I want them to know that they’re not alone.

You don’t seem to find it hard to show your vulnerability in public. That is quite unusual for a man, especially an Afrikaans one …

I don’t mind showing my flaws. My music has always been about my most vulnerable moments. I think people buy that when they listen to and pay for my music – more so than the actual music, in a way. People ultimately seem to relate to me, whereas with many other musicians, they are really there for the music first.

How do you know what to charge for paid posts?

I try not to speak first because I tend to go in too low. I ask what their budget is and then I’ll suggest that if they add two grand, I’ll throw in a few value-adds. I did a campaign recently with a few other influencers and literally charged half of what someone with substantially fewer followers did. As in, I have 40 000 more followers than this person.

But my thing is I’d rather take the cash than risk losing the deal because it’s not my core source of income. I’m okay with not making a killing at this because I don’t consider it one of my companies. My focus is really on Freckle, Liefde Wen and my music.

I should probably post more consistently, because then I’m sure it’ll become more profitable, but I don’t have the capacity to produce content daily like Katinka die Kat does. Or even weekly. I’m just not in the mood to be funny every single day. I know from working with Nadia Jaftha on Tropika Island of Treasure that she’s amazing and super disciplined at this.

I sometimes feel so insecure about my work. ‘Why would people want my opinion?’ I ask myself. I write these really fun opinion pieces for the Afrikaans news site Netwerk24, for example, and even though I enjoy it, there’s always this voice in the back of my mind, asking why anyone would read this.

It often feels as if I’m bipolar because I have to give myself a pep talk that it’s okay not to have something to post now. Because you tend to look at the profiles of others, their projects, the audiences they pull in – and that’s your downfall. When you start believing that your work doesn’t have an impact.

Then I usually go and look at what I’m actually busy with: Liefde Wen has more followers than Mr Price and Superbalist. Francois van Coke beats me on the follower front, but he only makes his music. I get up in the morning and run Freckle, Liefde Wen and other music projects. If you focus only on music, you’ll probably eventually be able to also sell out the Sun Arena. But in my case, I make TV ads, I make movies. It’s important for me sometimes to tell myself, ‘Hey dude, it’s okay!’ I love acting; I love TV and film and all those things. I recently did a live improv theatre show called Intermissie, which earned award nominations …

So basically you just take stock?

Yes. It’s very human to compare yourself and to doubt, but it’s nonsense. You’re busy with your own thing that has its own impact where you’re spending your effort. That’s what’s important.

What would you tell your 16-year-old self now?

Trust that voice inside of you that tells you what to do with your life; don’t compromise. Francois van Coke never compromised. He didn’t mess with his sound; he just kept going, growing, and then ‘Toe Vind Ek Jou’, his hit single with Karen Zoid, popped out. And then it was as if everyone forgave him for all of the stuff Fokofpolisiekar did. That’s the great thing about time and music. These days, if you’re not booking Francois at your festival, you’re doing it wrong. All because he stuck with his thing; he didn’t back off.

I have played around with a lot of different sounds, and I don’t think the same rules apply to everyone, but just go with what your heart tells you. Stay vulnerable. Stay honest.

Do you need to be popular in order to be an influencer?

There’s a big difference between one viral video that becomes a breakout success and an audience that is consistently tuned in. You can only really start making money when you have a loyal audience you can rely on. You almost need to think of yourself as a TV channel. ‘Oh, it’s Monday – that means Bouwer is doing his one-minute comedy wrap-up.’

The YouTube star Casey Neistat essentially did this, and it took years of discipline. Paul Logan too. You don’t need fame or popularity. Just great content, consistently. If your content is good enough to inspire people, to speak to them, then you’re sorted. 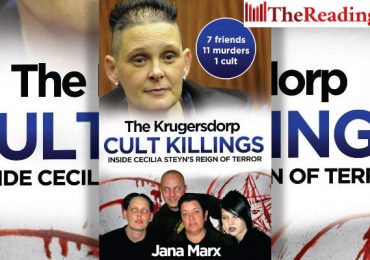 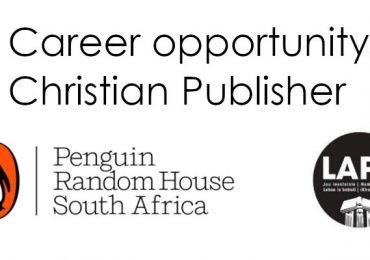