Upon receiving the award, Condé said:

I am very happy and proud to be awarded this prize. But please allow me to share it with my family, my friends and above all the people of Guadeloupe, who will be thrilled and touched seeing me receive this prize. We are such a small country, only mentioned when there are hurricanes or earthquakes and things like that. Now we are so happy to be recognised for something else. 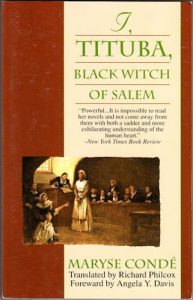 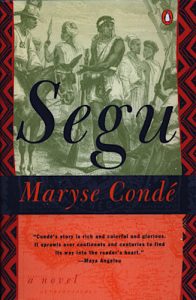 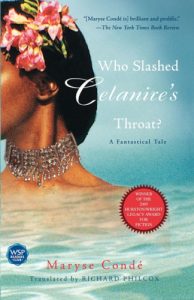 The author of over twenty novels, including Segu and I Tituba, Black Witch of Salem, Condé was honoured for her grand storytelling style and the unmistakable mark her vivid historical fiction has made on global literature. Ann Pålsson, chair of the judges, commented:

In her work, she describes the ravages of colonialism and the postcolonial chaos in a language which is both precise and overwhelming. The magic, the dream and the terror is, as also love, constantly present. Fiction and reality overlap each other and people live as much in an imagined world with long and complicated traditions, as the ongoing present. Respectfully and with humour, she narrates the postcolonial insanity, disruption and abuse, but also human solidarity and warmth The dead live in her stories closely to the living in a multitudinous world where gender, race and class are constantly turned over in new constellations.

Voting for the prize was quite transparent, with Swedish librarians initially nominating authors and then handing over the process to a public vote to create a four-person shortlist. Nominated authors included Nina Bouraoui, Margaret Atwood, Ngũgĩ wa Thiong’o, Thomas Pynchon, Amos Oz, Chimamanda Ngozi Adichie. The winner was decided by an expert jury. The New Academy Prize was a one-off: it will be dissolved at the end of the year.

Condé was born in 1937 in Pointe-à-Pitre, Guadeloupe, in the West Indies, the youngest of seven children. She moved to Paris at the age of sixteen to study at the Sorbonne, and has since worked in Guinea, Ghana and Senegal, and taught in the United States at Berkeley, Harvard and Columbia. She lives with her husband in Gordes, France. She has previously been awarded the Grand prix littéraire de la Femme (1986) and the Prix de L’Académie francaise (1988). She was also shortlisted for the Man Booker International Prize in 2015.

One thought on “Maryse Condé receives The New Academy Prize in Literature, aka the ‘Alternative Nobel’”