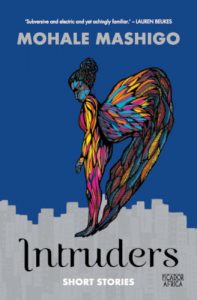 17 thoughts on “‘Afrofuturism is not for Africans living in Africa’—an essay by Mohale Mashigo, excerpted from her new collection of short stories, Intruders”