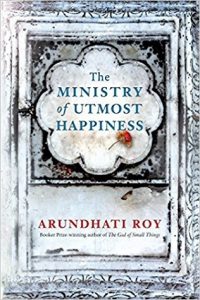 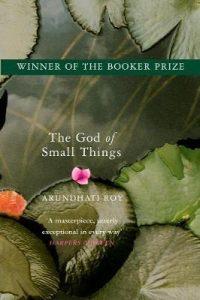 Indian writer Arundhati Roy, in South Africa on a book tour, sat down with The JRB to discuss her books and writing.

Roy’s debut novel, The God of Small Things, was published in 1997 and became a global phenomenon. Her highly anticipated second work of fiction, The Ministry of Utmost Happiness, was published twenty years later, in 2017. In the intervening years, Roy has published a substantial number of groundbreaking and powerful essays on political and social issues, both within India and internationally, and has established herself as an influential political activist (although she strongly dislikes the term).

Our full interview with Roy will be published in the September issue of The JRB. Here is a excerpt, in which she considers the legacy of the late Nobel prize winner VS Naipaul, who died on Saturday.

The JRB: Did you ever come across VS Naipaul?

The JRB: Do you read his fiction?

Arundhati Roy: Of course, yes. He’s a very good writer. But apart from his dislike of Africans, of Muslims, of lower-caste Indians—and I’ve hardly read anything else which borders so on despising women—in a sense he was from a generation in which to write English as well as an Englishman was considered great.

But there’s a story I like about Naipaul—I don’t know whether it’s real or apocryphal—he was in a television studio in America and the presenter started off by saying ‘Hello, Mr Naipaul, welcome to the United States, how come you speak such good English?’ And Naipaul just said ‘No, no, no, no’, and left. I like that kind of thing about him, but sure we are on different ends of the spectrum.

The JRB: A review of The Ministry of Utmost Happiness in The Hindu compared you to Naipaul, with the writer saying your politics are ‘entirely different’ from his, but that you are both ‘magisterial, opinion-strong novelists … the unwary reader is swept away in a predetermined direction, never given a fair chance to stand, survey and sometimes choose’. How do you feel about this comparison?

Arundhati Roy: Writing, for me, is trying to construct a universe. And, of course, that universe is informed by who I am and how I think. So, where that quote is concerned, that’s what every writer does. Nobody says, Okay, let me be in a neutral position and tell the reader to choose between this and that. Some journalists may try to do that, but ultimately literature is not a light that any writer can hide anything under. Even when you try, it’s pretty clear who you are. You can’t hide who you are when writing fiction.

For me, if somebody equates me with Naipaul as a writer of equal power but with completely different politics, I can’t think of a greater compliment.

This interview has been edited for clarity