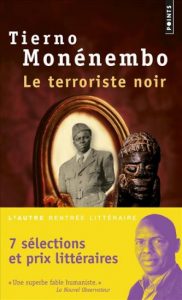 The prize, worth €30,000 (about R450,000) honours the work of a French-speaking person who, in their country or internationally, has made an eminent contribution to the development and flourishing of the French language through the arts.

Monénembo fled Guinea in 1969 on foot to escape the Ahmed Sékou Touré dictatorship, and moved to France in 1973, where he earned a doctorate in biochemistry from the University of Lyon and published his first novel, Les Crapauds-brousse (The Bush Toads), in 1979. His oeuvre deals with the torment of exile, precolonial African cultures and the lives of the African diaspora. Some highlights of his literary career are Le Roi de Kahel (The King of Kahel) and Le Terroriste noir (The Black Terrorist); the latter was turned into the film Nos Patriotes (Our Patriots) in 2017.

On the occasion of his win, Radio France Internationale asked Monénembo to define what the word ‘Francophonie’ meant to him. He replied with an interesting answer:

In my opinion the idea of ‘Francophone’, and the word, was invented not so long ago in the sixties and seventies by Senghor [Léopold Sédar Senghor, poet and former Senegalese president] or Hamani Diori [the first president of Niger]. There’s some dispute there, but in any case it’s an African word not a French word. The French have a tendency to view Canadians, Belgians, the Swiss and Africans as Francophones, but not themselves. That’s not fair because Francophone is an indivisible entity. You can’t put French people on one side and Francophones on the other side. We work in the same language; this instrument we work with is all ours.

Enjoy more of Monénembo’s interview in French, as part of the Literature Sans Frontieres, podcast here.