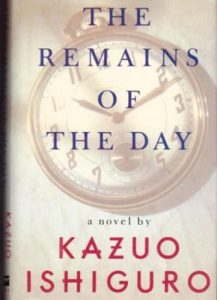 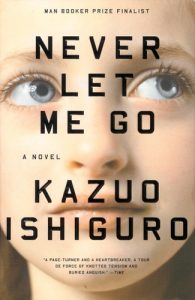 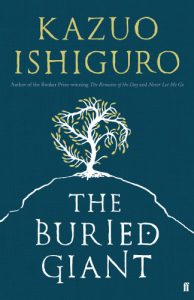 The announcement was made by the Swedish Academy this afternoon in Stockholm, Sweden.

The Swedish Academy said Ishiguro, ‘in novels of great emotional force, has uncovered the abyss beneath our illusory sense of connection with the world’.

Ishiguro was born in Japan in 1954, and moved to the United Kingdom with his family when he was five years old. He is the author of eight books, but his most renowned novel is perhaps The Remains of the Day, which was published in 1989 and for which he won the Man Booker Prize. His latest novel, The Buried Giant, explores ‘how memory relates to oblivion, history to the present, and fantasy to reality’.

‘If you mix Jane Austen and Frantz Kafka you have Kazuo Ishiguro in a nutshell,’ she said. ‘But you have to add a little bit of Marcel Proust into the mix, and then you stir—but not too much—and then you have his writings.

‘At the same time, he’s a writer of great integrity, he doesn’t look to the side. He’s developed an aesthetic universe all of his own.’

Ishiguro is a writer of many genres, and his 2005 novel, Never Let Me Go, was a foray into dystopian science fiction. Danius said her personal favourite is his most recent book:

‘I think all his books are wonderful, they are really, truly exquisite. I would say that my favourite is The Buried Giant, which was published in 2015. I also love The Remains of the Day, I think it’s a true masterpiece, where he mixes a comedy of manners … well it starts out as a PG Wodehouse novel and ends as something Kafkaesque.’

Danius said it is important that the Novel laureate is someone still active: ‘The Swedish Academy awards the prize for a body of work and of course it has to be more or less current but that is a word that you can use in all kinds of different ways.’

When asked about past criticisms aimed at the prize for being too Eurocentric, and how the academy works not to miss writers from other parts of the world, Danius said: ‘We have a wonderful library, we have wonderful people around us, we are always on the lookout for new and interesting writers.

‘We speak quite a few languages among ourselves, and of course there are languages that we do not speak, but then we can always ask people to write us a detailed report about that particular writer, and we do that all the time.’

Ishiguro, according to Danius, is a writer extremely relevant to today’s troubled world.

‘He is someone who is very interested in understanding the past,’ she said, ‘but he’s not a Proustian writer; he’s not out to redeem the past, he’s exploring what you have to forget in order to survive in the first place, as an individual and as a society.’

In reply to the question of how the academy hopes the world will receive the choice, Danius said: ‘We hope it will make the world happy!’

And on a less controversial choice than last year: ‘That’s not for me to judge. We’ve just chosen what we think is an absolutely brilliant novelist.’

More than half of the eighteen members of the Swedish Academy’s members must vote for the eventual winner. This year there were 195 candidates under consideration, chosen from nominations made by literary experts and former Nobel laureates.

The award honours the person who, ‘during the preceding year, shall have conferred the greatest benefit to mankind’, and who ‘shall have produced in the field of literature the most outstanding work in an ideal direction’, in accordance with the cryptic instructions laid out in Alfred Nobel’s will.

The last black writer to win the Nobel was the American novelist Toni Morrison in 1993, and the last black winner from Africa was Wole Soyinka in 1986.