The publisher, poet, cartoonist and humourist Gus Ferguson has died in Cape Town.

Born in 1940 in Scotland, Ferguson moved to South Africa at the age of nine. A pharmacist by profession, his love of verse led him to become a prolific publisher, primarily through his Snailpress imprint, which brought out dozens of volumes of poetry from many of South Africa’s most significant poets, and his Carapace magazine, which he published for decades, eventually stopping at its 104th issue.

Carapace‘s predecessor was Ferguson’s underground literary magazine Slugnews, which encapsulated the combination of ‘poems, graphics, molluscana’ that became Carapace‘s maxim and marked Ferguson’s career in letters. (One of his proudest moments at the unusual intersection of poetry and Gastropoda that he took delight in visiting was publishing, in 1993, Jacques Prévert’s The Song of the Snails who went to a Funeral in English, ‘in the interests of cross-cultural and interspecies amity’.)

In 2009, Ferguson received the South African English Academy’s highest accolade, the Gold Medal for services to English. The citation that accompanied the award noted Ferguson as a ‘distinguished poet and cartoonist in his own right’ and mentioned many of his publishing projects, including  Slugnews, Carapace and Snailpress, as well as the imprints Firfield Press, Carapace Poets and the Unpublished Manuscript Press—all then run from his home in Plumstead, Cape Town. The citation also mentioned a number of the imprints that he collaborated with, including Kwela Books, Umuzi, Hippogryph and others.

Ferguson’s work as a publisher helped establish the literary reputations of many writers, including the late poet and novelist Tatamkhulu Afrika, whom he championed.

Ferguson was known for both his generosity of spirit and his dry wit—the latter of which, in combination with his elegant line-drawing cartoons, earned him the reputation of ‘South Africa’s James Thurber’. He published some seventeen books of his own, including the classics Love Amongst the Middle-Aged (1997) and Waiting for Gateau (2004). His final volume, Holding Back, was published in 2014.

At the launch of Holding Back, held at The Book Lounge in Cape Town, Mervyn Sloman, the bookshop’s proprietor, said of Ferguson: ‘You don’t come close to capturing the impact of what Gus has done for so many people and for South African poetry. For everybody here, Gus is an icon of the South African literary scene. He is loved and respected by all in South Africa that have anything to do with the written word.’

‘We are all crammed into this room tonight because we love Gus… in a world dominated by verbose, self-loving, self-promotional, dour and maudlin personality types, Gus has been consistently witty, scintillating, to the point, humble, ironic, generous and somehow, if you’ll forgive the oxymoron, dimly enlightened… Sometimes Gus says he became a poet because he failed at cartooning. In other footnotes he says the captions of his cartoons just grew longer. He likes to have comments like these on the back covers of his books: ‘Twenty percent of this book is incomprehensible’—Henrietta Dax. ‘I wish I could draw as badly as you’—Andrew Putter, artist. ‘I nearly laughed’—False Bay Echo…

‘Gus might have been richer if he hadn’t wanted to prove that poetry publishing could stand on its own feet supported only by the loyal poetry reading public, but South African poets would have been much the poorer … [he once told me] “I’d like to publish a collection of yours. Can you get the manuscript to me by August?” It was dumbfounding. Gus wrote a poem about these dream moments:

It was easier then
An open window,
A strumming guitar.
A talent scout passing,
Pauses.

‘And there have been a hundred others like me who have benefitted from the fact that Gus did, indeed, stop to pause… He lived out Robert Graves’ observation that “There might be no money in poetry, but then again there is not much poetry in money”‘.

Earlier this year, Ferguson was featured in the online series ‘Unlocked: Poems for Critical Times’ arranged by poet Ingrid de Kok for the Daily Maverick. In her introduction, de Kok wrote: ‘[Ferguson’s] influences seem to be Belloc, Ogden Nash, Basho, jazz and cycling, not necessarily in that order. The most enduring poems and images focus on the literary world, especially the egos of poets; on the follies and tribulations of middle-aged and older people; on snails and their philosophical perspectives; and like all great humorists, on life, death and everything in-between.’ Find several of Ferguson’s poems and drawings collected in that article, here.

An avid cyclist, Ferguson was often to be found on a road bike, frequently accompanied by other members of the Cape’s literary cyclist set, including bookseller Henrietta Dax, academic Dorothy Driver and novelist JM Coetzee.

‘Speaking personally, Gus Ferguson was a mentor and a good friend. He wore his learning lightly, went out of his way to help with literary projects, had the best, funniest stories to tell, and was about the warmest human being I’ve ever come across. He was a one-of-a-kind personality—a real life-force who has left behind an unshakeable legacy. We in the literary world will never be out of Gus’s debt—but he wouldn’t see it like that at all. My heart goes out to Nicky and his family, and I extend my deepest condolences. Go well, dear Gus.’—Ben Williams, Publisher, The JRB.

Along the Rue d’Escargot
we always travel very slow.
When nights are long and lights are low

the sky’s a lovely silver glow.
Along the Rue d-Escargot
we heave our heavy portmanteaux

that hold dark secrets none should know
and which is why we go so slow
along the Rue d’Escargot.

—Gus Ferguson, from Dubious Delights of Ageing and Other Follies (2006) 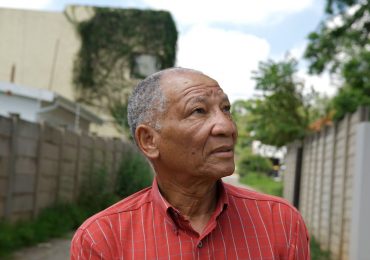