Some days are longer than others, and during this Covid-19 controlled reality, it seems like someone out there somewhere keeps drawing out the long days. On these days we no longer suspect that the walls are closing in, we know they are, we see them slowly inch closer. On such a day, towards the end of last month, I filed out of my apartment to the mall, to take a look at a bookshelf, to wander around, to see that others, although concealed by masks, were still out there. The two levels of the mall were filled with people, and, as we’ve come to know it, the medicinal smell of alcohol was in the air. The form and the temperament of the new world was being maintained.

Finding the bookshop, tucked in an odd part of the mall, towards the exit, facing a corridor, took a few wrong turns. By the door, on a two-levelled table, taking up a sizeable amount of space, was Maria Popova’s Figuring. Its bright yellow cover immediately caught my attention. Having heard a lot about the book, and after sampling the opening paragraph as I always do before buying any book, the remaining minutes spent at the mall felt excruciatingly lengthy.

That afternoon I sat down to read it, and took to it immediately. Two chapters in, it felt like a book that had, since its publication in 2019, orbited the earth to find me, at an aligned moment in which a symphony of events had conspired to give me all the time I needed to savour it.

Reading the book, marvelling at its beautiful prose, at the ease with which it connects astronomers, scientists, poets, it felt as if I had gained access to an impenetrable vault of my own writing. With each paragraph I read, the universe gave me a sentence of my own, composed entirely of its own poetic cadence, but inspired by Popova’s writing. True to my obsessive personality, I have since watched every YouTube interview of Popova, and have read every interview with her too, and have returned daily to work my way through her blog Brain Pickings, instead of reading it selectively as I had in the past.

Writers do not write alone. They are always in the company of other writers, other artists. The books writers read hold their hands in place when they write, firmly keeping them within a straight line, championing their own prose and beauty. Many years from now, I will remember reading Maria Popova’s Figuring, in the same way I remember reading Anne Michaels’s Fugitive Pieces or Dambudzo Marechera’s The House of Hunger.

The bookmark holds a place in the fourth chapter, yet already, even before it signals my reading being halfway through, the decision to re-read the book has already been made. The commitment is deceiving. It is in every way to the book but it is also to the process of opening up my own prose.

Every aspiring writer wonders how they should start writing and the answer should always be ‘by reading’. There is no one answer as to what volume; the American writer Edmund Wilson once said, ‘No two persons can read the same book.’ The books that hold my hands when I write won’t be the same that hold your hands. This process is also more complicated; writers should read long enough that they do not write like someone else, that they come to know intimately the movement and the beauty of their own hand.

A writer will inevitably be influenced by what they read, the trick is to know it, to see it, to feel it, and to stray as far from it as possible. When I read Anne Michaels’s Fugitive Pieces I had barely held a pen long enough to find my own rhythm, but reading her enabled me to know my own writing hand intimately.

All writers obsess about sentences. My own obsession is always self-serving. It is not only beauty in writing that I am seeking, but the ways in which other writers see the world. Though we might not be standing on the same vantage point, the attempt to word melancholy and joy is common.

The trick then is to find the writer who has the same hand as you, there could be more than one, and read them until it feels like you are reading your own writing. And to be clear, one must read until one can discern that other writer’s hand from one’s own.

Stacked together, I have books that I have read multiple times but still return to, to read in parts, to read together, moving between their pages as if they were the same book. Floating in my brain at any given moment are sentences, sentiments and emotions from these books.

Any time I sit down to write, it feels like a multitude of writers are sitting down with me, holding my hand as it hovers above the keyboard finding the correct words. Writing is not a solitary practice, after all. Writers write in the company of other writers. 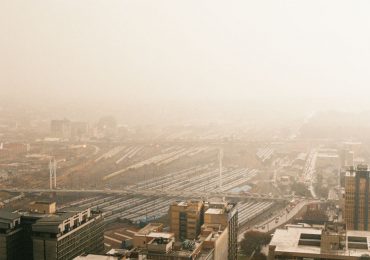 Read More
Poetry as a short circuit in the…
February 18, 2021 No Comment

2 thoughts on “[City Editor] ‘Writers do not write alone. They are always in the company of other writers’—Lidudumalingani reflects on reading books that make you write”