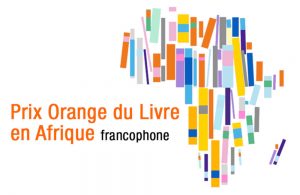 The new prize was announced late last year, to be awarded to a book written in French and published by an African author. Notably, the book is also required to have been published by a local publishing house, ensuring that the work is truly a product of African literary institutions.

Amal was awarded the prize at the end of May at a ceremony in Yaounde, Cameroon, and receives €10,000 (about R160,000) along with a robust promotional campaign for her novel.

When she was announced as a finalist for the prize, Amal said:

The president of the judging panel, author and academic Véronique Tadjo, commended the author and her book, calling the work ‘courageous’, tackling themes that were not only Cameroonian but which speak to a broader African experience.

Amal’s taboo-breaking novel shines a light on arranged marriages, domestic violence and polygamy from the perspective of Muslim women in the Sahel. The book centres on three women, Ramla, Hindou and Safira. Safira and Ramla married to the same man, while Safira’s sister Hindou married to her cousin Moubarak. All three women are given the same, single word of advice: ‘Munyal!’ (have patience). This motif follows them through the novel as they navigate their difficult romantic circumstances and social roles.

The significance of the prize—the €10,000 purse puts it immediately among the world’s most important literary awards, in its inaugural year—raises the hope that it will spark a resurgence in awareness of Francophone African literature by readers both within and outside of the culture. We at The JRB certainly expect this to be the case!

Raoul Djimeli, writing for Clijeg Magazine, explores the value of literary prizes set up specifically to acknowledge African writing in this interview with Timba Bema, who won the Grand prix littéraire d’Afrique noire in 2018. Read more, in French, here.