This December marked the twentieth issue of The JRB, and the twelfth of the year. With the festive season reaching fever pitch, it seems fitting to share the ten articles that generated the most excitement this year. 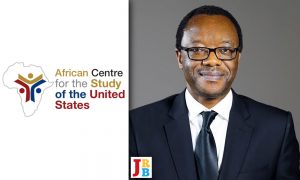 The African Centre for the Study of the United States (ACSUS), a new research centre based at Wits University, Johannesburg, caused something of a stir when it was announced in March. The JRB Editor Jennifer Malec chatted to Wits University Vice-Principal Professor Tawana Kupe about the Centre and its ambitions:

The JRB: Do you see the Centre as part of a larger decolonisation project?

Tawana Kupe: Definitely, in the sense that the creation of the Centre is testimony that Africans are seeking to understand the United States from their own multiple perspectives and primarily for themselves. Decolonisation in relation to dominant nations and societies operates through not accepting the self-definitions of that society, but generating your own knowledge and understandings. In that respect this is going to be an exciting intellectual exploration that bucks the dominant trend to receive knowledge instead of creating it. 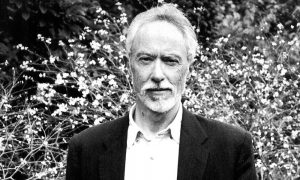 An exhibition of JM Coetzee’s newly discovered childhood photography was held at the Irma Stern Gallery in Cape Town in January.

Wamuwi Mbao was there, part of the ‘intoxicated’ crowd, but also silently judging them:

There are dozens more who can’t get in. The event is overbooked. The room holds fifty, but seventy have RSVPed. Others, imbued with that most Capetonian faith in the grace of others, are denied at the door. Some of them leave, some loiter in the lobby, or in the other parts of the museum, hoping for a glimpse of their idol. Those who were early take their places as close to the Master as modesty allows. Those who are in reach of Coetzee do not gesture for a handshake. They merely stand in respectful proximity, waiting for him to acknowledge them with a nod, or a few words. If they could sit at his feet, I suspect they would. 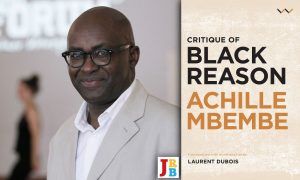 In our April issue, Imraan Coovadia reviewed Critique of Black Reason, contending that the book illustrates Achille Mbembe’s ambition to ‘transform the narrower forms of Black Consciousness by connecting them with the broadest view of humanity’:

It may be a parochial point, but for me Mbembe belongs to the line of descent of South African radicalism, best represented by Gandhi and Mandela, which combines the inward search and the outward struggle for justice. To those hypnotised by the dream of revolution, to those absorbed in unsteady abstractions and therefore insensitive to ‘all that lies in silence and detail’, Mbembe’s vision, like Gandhi’s or Mandela’s, will seem conservative. To others, it looks more like a guide to the revolution that stands on the other side of revolution. 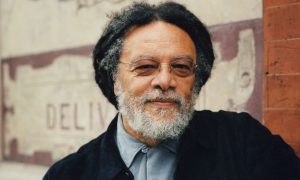 UK academic, historian and philosopher Paul Gilroy, author of the seminal postcolonial text The Black Atlantic, was in Johannesburg in May for a conference at WiSER. He chatted to The JRB’s Academic Editor Simon van Schalkwyk:

I first came to South Africa looking for hope. It sounds corny, but I was raised in a world that sought moral and political guidance from the Struggle. That was an environment that looked towards the dismantling of apartheid as a practice that would influence or even steer the future political course of the planet.

I had been taken to King Kong, the musical, as a child by my parents, and exiled South Africans were very much part of my youth in London. I heard the rioters in Notting Hill in 1976 chanting ‘Soweto, Soweto’. I never expected that I would live to see the transformation of the country, but I knew its fate was central to the moral conscience of the whole world. 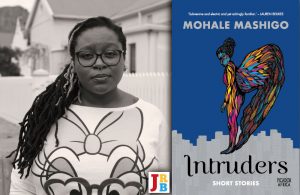 In our October issue, we featured an essay by Mohale Mashigo, ‘Afrofuturism: Ayashis’ Amateki’, which serves as the preface to her new collection of short stories, Intruders.

The essay is a rumination on African speculative fiction, and the future of futuristic African storytelling.

There are stories that take place in the future but cannot strictly be called Afrofuturism because (I am of the opinion) Afrofuturism is not for Africans living in Africa. 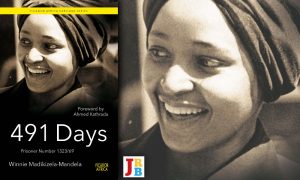 Winnie Madikizela-Mandela died in April, at the age of eighty-one. We commemorated her life with an excerpt from her extraordinary prison memoir, published in 2013, 491 Days: Prisoner Number 1323/69:

I realised that, my goodness, if you are married you lose your identity completely. I became a nobody and I had grown up walking tall in my home. I had been taught by my mother and my father that I must walk tall. I am me; I am black; I must be proud of my blackness. My father taught me the history of our country; he taught me about the nine Xhosa wars; he taught me the role the Pondos played in the liberation struggle; he taught me what happened when the 1820 Settlers came into the country and how Van Riebeeck landed in the Cape in 1652. I heard all this history from my father and then I came here; I am a nobody. Not on your life. No, I am going to be who my father taught me to be. I am going to walk tall. 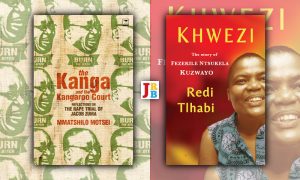 The essay is also an address to an old friend.

Fezeka, this is one of the most difficult pieces I have ever written. Now that it is done, having burst forth almost uncontrollably from within me, I see it also as one of the most necessary. My wish is that this meditation opens avenues to healing and sparks critical questions about biography. 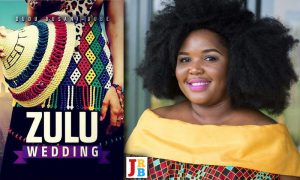 Dudu Busani-Dube, self-publishing phenomenon and author of the wildly popular Hlomu series, chatted to The JRB Editor Jennifer Malec about her extraordinary  authorial journey, her maverick approach to storytelling, her new book, and her future writing plans.

Honestly, someone came up with the idea of what good literature is and we all took their word for it, but you’d be surprised at how much people don’t care about it—they consume what interests them and they tend to love change.

As writers we can’t be complaining about people not buying our books when, first, we aren’t writing for them and we aren’t talking to them. 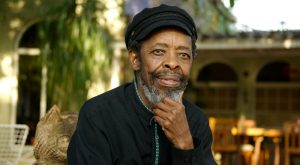 Kgositsile was a truly iconic writer, who did so much to shape literary and political sensibility across the world. 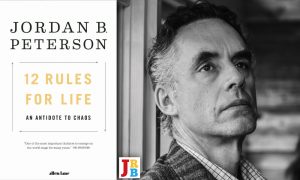 In our April issue, we published Richard Poplak’s scorching review of 12 Rules For Life: An Antidote to Chaos by Jordan B Peterson. The New York Times described Peterson as ‘the most influential public intellectual in the Western world right now’. Whether or not you agree with his ideas, this laudation appears to hold water: depressingly, the site traffic for this article eclipsed all others we have published, and as of the end of November there were angry Peterson fans active in the comments section.

This is just the fucking worst.

Imagine a self-help book written by the Darth Maul of tenured campus bad boys, an act of trahison des clercs so severe that it calls into question the entire five-thousand-year academic project—a book that seeks to make accessible to a general audience a mélange of mysticism, philosophy, psychology and dietary recommendations, assembled into a package so intellectually low-cal that it would be hilarious were it not basically a to-do list for a generation of tiki torch-wielding neo-Klansmen.