Kgositsile passed away at Milpark Hospital in Parktown. He was seventy-nine.

Kgositsile was born in 1938 in Johannesburg, and attended Matibane High School. He began his writing career at the New Age, an anti-apartheid newspaper edited by political activist Ruth First, to which he contributed poetry and news reporting.

In the nineteen-sixties and ‘seventies he was a prominent member of the ANC, and spent twenty-nine years in exile in the United States and Tanzania. While in the United States he studied at Lincoln University, Pennsylvania University, University of New Hampshire and Columbia University, and published his first volumes of poetry, including Spirits Unchained and My Name Is Afrika. He also founded the Black Arts Theatre in Harlem and became well known for his readings in New York City jazz clubs.

Kgositsile returned to South Africa in 1990, and was named Poet Laureate by South Africa’s Department of Arts and Culture in 2006. In this role, he has been involved in numerous initiatives related to the arts and literacy, and most recently appeared at the Abantu Book Festival in Soweto.

In 2008, ‘Bra Willie’ was awarded the National Order of Ikhamanga, Silver, for ‘excellent achievements in the field of literature and using these exceptional talents to expose the evils of the system of apartheid to the world’.

A statement issued earlier today on Twitter by the Department of Arts and Culture expands on Kgositsile’s political and artistic impact:

A selection of poems from Kgositsile’s life work titled Homesoil in My Blood: A Trilogy, featuring a foreword by Mandla Langa, is to be published this year by Xarra Books.

From 1978 to 1992, Kgositsile was married to Baleka Mbete, current Speaker of the National Assembly of South Africa and until recently the Chairperson of the ANC.

Kgositsile’s son Thebe Neruda Kgositsile, from a relationship with Cheryl Harris, a law professor at University of California, is a well-known hip-hop artist who goes by the stage name Earl Sweatshirt.

He is also survived by a daughter Ipeleng (from a previous marriage to the late American civil rights activist Melba Johnson Kgositsile) and a second son, Randy Mafalanka.

The Johannesburg Review of Books extends condolences to the family and friends of this truly iconic writer, who did so much to shape literary and political sensibility across the world. 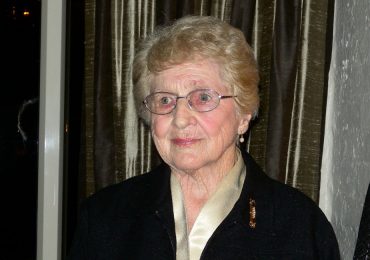