2018 Caine Prize for African Writing winner Makena Onjerika chatted to The JRB Editor Jennifer Malec about her plans to help street children in Nairobi, what it’s like to have minor celebrity status on Twitter, and how she almost forgot about her winning story. 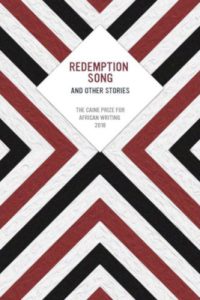 Kenyan writer Onjerika won the prize for her short story ‘Fanta Blackcurrant’, which explores the life of a street child named Meri in Nairobi. After her win, Onjerika announced that she will be donating a tenth of her £10,000 winnings to help rehabilitate homeless children in Kenya.

Jennifer Malec for The JRB: First, congratulations on winning the Caine Prize. I enjoyed your story very much, I think it’s a special piece of writing. What does winning the prize mean to you?

Makena Onjerika: Thanks. Hmm, let’s see … pressure to write a novel in record time; people thinking I know something about writing [laughs]; more money to pay certain nasty debts from that short stint running a doomed start-up (never again); minor celebrity status on Twitter; pride points for my mummy … not bad, not bad at all!

The JRB: I know you did an MFA in Creative Writing at New York University, and you’ve been published in Urban Confustions, Storymoja and Wasifiri, but can you tell us a little bit about your writing life up to this point?

Makena Onjerika: My first attempt at writing was an amateur fantasy novel about a girl (myself) who travelled through books, conceptualised as windows into other worlds. It was a mish-mash of things but not too bad for a fifteen-year-old. That got me into the 2004 Caine Prize African Writers’ Workshop. I believe Binyavanga Wainaina recommended me to Nick Elam, who was the administrator of the Caine Prize at the time. Which reminds me, I do have another story, my very first short story, in the 2004 or 2005 Caine Prize anthology [Ed’s note: That would be ‘City Centre Saga’, published in the 2004 anthology Seventh Street Alchemy]. After that I went into the British Council Crossing Borders programme where I worked with Catherine Johnson, a British playwright. However, it was only when I got to Amherst College and started taking writing classes with Alexander Chee that I realised I was shit at writing. I also worked with Sue Miller and Judy Frank on several short stories and a rewrite of part of my amateur novel over those four years, and Prof. Rhonda Cobham-Sander taught me about voice in her African Literature class. Then it was on to NYU, and after that I did almost no writing for the next five years, until recently. I simply could not write without editing myself. Bad memories … argh. Although I write every day now, the fear of failure hounds me (as it does most writers, I think).

The JRB: ‘Fanta Blackcurrant’ is a finely balanced story; it immerses the reader in Meri’s world without becoming alienating. I imagine central to this was getting the feel of the language and the slang right. Did that side of the story come naturally to you, or was it something you worked and reworked?

Makena Onjerika: I took a cue on how to do this from Ursula K Le Guin’s beautiful story ‘The Wild Girls’. I would say that creating that language balance was actually the easiest part of the story. Plot was much more of a thorn. How do I get readers from the beginning to the end of what is an unpleasant, grueling experience? ‘Fanta Blackcurrant’ is the kind of thing you want to shut your eyes against, but I need your eyes wide open. I believe that’s why Meri is in the story. She just happened, you see. I don’t remember making a conscious decision to cull her from the rest of the voices. Her otherness among these others brings a certain hopefulness to the story, for me at least. She gets us through it with her small ingenuities.

The JRB: Was the choice not to italicise Kenyan references, such as ‘chokoraas’ or ‘totos’, something that you decided was important? I suppose I’m asking if you have an opinion around the ‘glossary debate’ in African writing that a number of writers have written about over the last few years?

Makena Onjerika: Actually, I was just too lazy to do all that italicising, so I dispensed with it. Just kidding. The truth is I didn’t think about that at all. In Kenya, the average person speaks three languages and we often speak them all at the same time, in the same sentence. Language switching (and language confusion) is the norm here. I just wrote the way we speak. But wait until you see what English will be in another fifty years. No living language can resist evolution.

The JRB: Your story has some strong echoes for me with another that I recently read, ‘All Our Lives’ by Tochukwu Emmanuel Okafor, which won the Short Story Day Africa Prize. Both of your stories do something very interesting in that they use a first person plural narrative voice to blur the line between individual and general experience. How did you come to write the story this way?

Makena Onjerika: What a story, that one! I can see bits and pieces of ‘Fanta Blackcurrant’ in it, which I imagine will lead someone somewhere (if it hasn’t already) to ask why we African writers are obsessed with the city, poverty and all manners of degradation. It’s the stuff of a huge portion of life around here!

I first came across the plural first person in a story by Julie Otsuka, from her novel-in-short-stories, Buddha in the Attic. I tend to absorb my current read into my current writing. Perhaps if I had been reading something else when I wrote ‘Fanta Blackcurrant’, I would have written it in a different voice.

The JRB: I read that it was a five-year process to get this story published. How much of that was writing, and how much did the story evolve in that time?

Makena Onjerika: I wrote ‘Fanta Blackcurrant’ in early 2012, during my last semester at NYU. I must have edited it quite a few times before sending it out to Wasafiri Magazine in 2013. It spent four years with them before appearing in 2017. I believe I edited it one more time between 2013 and 2017. Let’s just say, neither side was hurried about publishing the story. They were busy with various projects and transitions, and I stopped writing in 2013 and did not think I would come back to it before 2027, so I pretty much forgot about my story.

The JRB: Luckily you remembered it in the end. You’ve decided to donate some of your prize money to a rehabilitation centre for homeless people, I believe, and you’ve said on Twitter that you are hoping to work with such centres in the long term. Can you talk a little bit about why you decided to do this, and what you would like to achieve?

Makena Onjerika: It’s impossible to write a story about street children in Nairobi, win an international prize because of it, and not give back. ‘Fanta Blackcurrant’ was my way of examining my blindness to these children when I was growing up in Nairobi. Making an effort to work with rehabilitation centres is my way of trying to stop being that person who is waiting for someone else (the government, NGOs) to do something for these kids. They haunt me. I pay my taxes and whatnot, but who can I blame for the fact that there are more and more homeless, hungry children roaming the streets of Nairobi?

The JRB: I saw on Twitter that you are also planning to launch a Nairobi Fiction Writing Workshop. Can you tell us a little bit about this project?

Makena Onjerika: NF2W is my way of taking more time to study and practice writing craft by teaching it to others. It’s a bit of cheating. The response has been great, thanks to my Caine Prize win. I have a class of ten students and we have started working together, although classes officially start on 11 August. I am excited to uncover new stories and writers with this group. We will write ten stories or chapters in ten weeks and then begin the editing process, and hopefully hold a public reading here in Nairobi. This will be my second time teaching such a workshop in Nairobi. Back in 2010, Okwiri Oduor was in a class funded by a fellowship I received from the Kathryn Davis Foundation, through Amherst College. Oduor went on to win the Caine Prize in 2014, so what do you know? Apparently, I can teach a thing or two about writing.

The JRB: As part of a Caine Prize nomination, the shortlisted writers participate in a series of events in London. What was that experience like?

Makena Onjerika: I particularly enjoyed our visit to the School of Oriental and African Studies archives, where we touched and poked around manuscripts from the Heinemann African Writers’ Series. It was encouraging to see the brutal edits Ngũgĩ wa Thiong’o received on some of his manuscripts. Editing is more or less what makes stories; I try to maximum-ly enjoy the writing, creating, daydreaming bit.

The talks and readings were a strange experience. Wole Talabi spoke for us all when he said he had never had to talk so much about writing. It’s not something one talks about. Normally, you just get on with the business of doing it, in your little corner, pulling out your hair in frustration all alone.

The JRB: Your current writing business, I hear, is a fantasy novel. Could you tell us a little bit about this?

Makena Onjerika: Gah … who am I kidding. I have no idea what this thing is. The fantasy novel is a placeholder, really. Ask me about this in a year.

The JRB: I will do! Thank you very much for your time, and I look forward to reading more of your work.

Makena Onjerika: Let’s hope there will be more of it to read [laughs].

One thought on “‘Language switching is the norm in Kenya; I just wrote the way we speak’—Makena Onjerika chats to The JRB about her Caine Prize success”