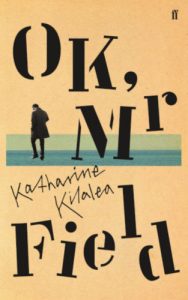 Debut novels generally are rarely as striking, bold or innovative as the immodest boasts on their dust jackets would have you believe. Yes, the threading may be fine and new, but most debut novels are a display of the author’s stock of influences. And if a novel does by chance happen to tread its own path, the herding impulse of the industry will still attempt to steer us towards reading it as ‘The Best New Voice Since [insert the last freshly-discovered writerly talent here].’

Newness is of course a misnomer. Rare is the writer who has not been toiling away in the dark for years before being consecrated into the cold-hearted relationship that is publishing. The passion for newness in literature—the desire that the novel must live up to its category by being original and inventive—does many a good book a disservice. We look for the unfamiliar, and yet we find a plot we recognise, or a style that calls some other writer to mind.

I say this not in the spirit of proscription—all literature is a form of revivalism—but more with a sense of wonder at how anybody is able to write something uncommon these days. Perhaps for uncommon substitute ‘surprising’. The subject of this review, Katharine Kilalea’s OK, Mr Field, is certainly a surprising novel. It has merited relatively little local attention, but that should not suggest that it does not deserve any. On the contrary, OK, Mr Field is a curiously enthralling existentialist novel. We read in anticipation of what will happen next. Nothing does.

OK, Mr Field goes nowhere in a very elegant fashion. This overcast story is told to us by a narrator-protagonist whose strangely torpid manner makes him seem constitutionally addled. His prose is confessional, with all the proximity that infers. The plot itself is unreckonable. A concert pianist is injured in a terrible train crash. The compensation payout allows him to purchase a house in Cape Town, that house being a copy of Le Corbusier’s Villa Savoye (find the original in Poissy, France). He moves into the House for the Study of Water, and there he develops an irrational obsession with the widow of Jan Kallenbach, the architect who ‘designed’ the Cape Town house.

This novel belongs to that genre of sad novels whose protagonists are seized up with feelings. Like Stevens, the butler in Kazuo Ishiguro’s The Remains of the Day, or the grief-soaked Pharaon in Bruno Dumont’s L’humanité, there is much turbulence churning below Mr Field’s surface. His relationship with his wife, Mim, is agonising, and ultimately wrecked by his inarticulacy. The only sense of connection we perceive is in their predefined roles as husband and wife. The rot seems to have been present before the accident that begins the story; when he tells her how he has spent his compensation payout, her response is telling:

The Villa what? she’d said, tapping salt into her hand. Savoye? she asked. Savoye? S-A-V-O-Y-E?, as though it was the word rather than its meaning that mattered. I know Savoie, she said, we went skiing there as a child. The food was terrible. Then she mumbled what sounded like savoir faire and ruffled her hair and laughed a laugh that betrayed the hateful things she thought about me.

When he moves to Cape Town, Mim follows a few weeks later, but she finds that the house makes her seasick—Sartre’s 1938 novel La Nausée coughs loudly in the background—and seems to give up on him quite early, disappearing from the narrative suddenly and without much fanfare. Rather than attempting to retrieve her, Mr Field roams disconsolately through the house, pondering their disconnection the way one might wonder at a mysterious paper cut. He finds a notebook in which Mim, like Sartre’s Roquentin, has been keeping a detailed list of observations. These, of course, make no sense to Field.

Much of how Field observes the world is wrapped in the same gauzy distance. There is very little dialogue and much artful ambiguity. Hannah Kallenbach inexplicably begins to haunt him, becoming like a wraith who converses with him when he is alone in the house. The novel mazes us through the erratic, unreasonable corridors of our hero’s emotional state at an unhurried pace, the scene-setting blurred and hazy. We wait with bated breath for something to happen. Field only leaves the house occasionally (or so it seems: he belongs to that common species of literary character who does no grocery shopping), and while a great number of things appear to be happening in the background—quite literally, at times—none of it seems of any consequence.

Subtending this narrative is the character of the house itself. Having gone to all the trouble of acquiring the place, our hero pays very little further attention to it. On the contrary, he seems confined by the house, whose strange, narrow windows and seemingly aimless ramps force him to engage with the world on terms not his own. At one point, seized by curiosity, he unscrews the main window of the living room from its moorings. The action is pleasurable, because he is ‘doing something’. But alas, the window does not budge, even when the screws are loosened, and when he catches his reflection in the flat glass, the composition suggests his imprisonment:

In the failing light the window had become a mirror in which I saw a composition of stripes: the crumpled brown stripes of my pyjamas against the black stripe of the piano against the white stripe of the ceiling from which two strips of wire protruded from the remains of a broken light fitting.

When a storm accomplishes what he could not and pushes out the glass, so that it smashes dismayingly on the floor, Field loses interest in the house and turns his attentions to stalking Hannah Kallenbach. The story might seem to be steering us towards some sort of alarming confrontation at this point, but no such thing occurs; that wouldn’t be in keeping with the novel’s style. Field himself does not appear to know why he is watching Hannah, and our curiosity in that regard is not to be satisfied.

OK, Mr Field reads as an inhabiting (rather than an exploration) of loneliness. Thus one might conclude that while the novel has no great depth of feeling to it, what we are meant to attend to is the pathos of our protagonist, alienated and alone in his alien house. But this is psychologically unsatisfying, because we are constantly left with the sense that the novel is trying for more than it can achieve. Because Field is unaccountably deranged, we lack the vital connection that might afford him our sympathy. He is a touching character, but a frustrating one too, and one whose plangent blankness often makes observing him feel like voyeurism.

What I did feel sorry for was the Fauxbusier house. Field is not a good housekeeper, and the house’s descent into ruin foreshadows the dissolution of the narrative. We are by now familiar with the well-worn chronicle of high-minded modernism as an ideology of good intentions tragically undermined by its disconnect from society. Hannah warns Field that the house is a holiday home, unsuitable for daily living, and that warning is as ominous as a moment from The Shining, but Field seems to draw comfort from the building’s purpose-driven nature. OK, Mr Field exhumes Le Corbusier’s idea of the house as ‘a machine for living in’, and our hero uses his dwelling as a machine for thinking.

The main problem with displays of specialised knowledge in a novel is how to convince us that the details are important and not simply nerdish indulgence. The fabulist who is an enthusiast of architecture—especially of the modernist sort—must convey in prose qualities that are mostly visual in nature. Kilalea manages this delicate balancing act well, because she doesn’t fill the stocking with bulky tracts on Le Corbusier, or architecture in general. The temptation must have been great, but without them, the novel is pleasingly minimalist: the light immersion is preferable to the sudden plunge. While Mr Field is interested in the House for the Study of Water because it represents Jan Kallenbach’s connection to the real, Field finds that possessing the house does not grant him that connection, as he might have hoped. It takes a skilled writer to not have the reader languish through a character’s opaque fascinations where this sort of thing is concerned, and Kilalea manages the trick nimbly.

OK, Mr Field is an idiosyncratic work. Where most experimental novels eventually turn back to the safe harbour of convention, Kilalea’s sticks to its guns: there is no real climax, no great epiphany granted to our protagonist so that the novel might make good its closing. Mr Field, who longs to feel a connection to something, finds that connection in a surprisingly normal place, and his ennui is assuaged by the most unexpectedly normal of things. This is a novel that asks you to engage in mystery for mystery’s sake; the result is peculiarly human, and all the better for being so.