Kenyan writer Makena Onjerika has won the nineteenth edition of the Caine Prize for African Writing for her short story ‘Fanta Blackcurrant’.

Makena was awarded the £10,000 prize at a dinner on Monday evening in London. 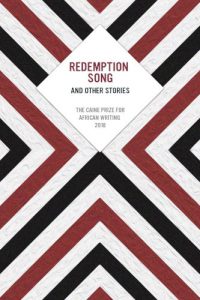 Chair of judges Dinaw Mengestu said: ‘The winner of this year’s Caine Prize is as fierce as they come—a narrative forged but not defined by the streets of Nairobi, a story that stands as more than just witness.

‘Makena Onjerika’s “Fanta Blackcurrant” presides over a grammar and architecture of its own making, one that eschews any trace of sentimentality in favour of a narrative that is haunting in its humour, sorrow and intimacy.’

Makena is a graduate of the MFA Creative Writing programme at New York University, and has been published in Urban Confustions and Wasafiri magazine. She lives in Nairobi, Kenya, and is currently working on a fantasy novel.

From the Caine Prize:

Narrated in the first person plural, ‘Fanta Blackcurrant’ follows Meri, a street child of Nairobi, who makes a living using her natural intelligence and charisma, but wants nothing more than ‘a big Fanta Blackcurrant for her to drink every day and it never finish’. While it seems Meri’s natural wit may enable her to escape the streets, days follow days and years follow years, and having turned to the sex trade, she finds herself pregnant. Her success stealing from Nairobi’s business women attracts the attention of local criminals, who beat her and leave her for dead. After a long recovery, Meri ‘crossed the river and then we do not know where she went’.

The full Caine Prize shortlist is available to read online:

Alongside Mengestu on this year’s panel of judges were Henrietta Rose-Innes, South African author and winner of the 2008 Caine Prize; Lola Shoneyin, award-winning author and Director of the Ake Arts and Books Festival; and Ahmed Rajab, a Zanzibar-born international journalist, political analyst and essayist.

The Caine Prize winner is given the opportunity to take up a residency at the Lannan Center for Poetics and Social Practice at Georgetown University. She will also be invited to speak at the Library of Congress and to take part in the Open Book Festival in Cape Town, Storymoja in Nairobi and Ake Festival in Abeokuta, Nigeria.

Last year the Caine Prize was won by Sudanese writer Bushra al-Fadil for his short story ‘The Story of the Girl Whose Birds Flew Away’, translated from the Arabic by Max Schmookkler with support from Najila Osman Eltom.