Fred Khumalo, whose most recent novel is Dancing the Death Drill, believes past narratives can help shape what is to come.

Recently, I found myself in a part of Gauteng, South Africa that I hardly ever visit—the West Rand town of Roodepoort, just outside the ring of highways that enclose Johannesburg.

I was there to address a vibrant and interesting book club whose membership comprises retired professionals—predominantly women, Afrikaans and white (though people from other groups are welcome).

What struck me about members of the Quellerie Leeskring was the passion they have for historical fiction. Which, I suppose, is why they’d invited me to talk about my novel Dancing the Death Drill, which is based on the sinking of the troopship SS Mendi. The Mendi was charged with transporting black South Africans to the Western Front during World War I, and on 21 February 1917 more than six hundred drowned in the English Channel when it collided with the mail ship SS Darro.

In my casual interactions with members of the club, both before and after my presentation, I picked up references to other texts they’d read recently, which left me in no doubt that their preference was for books that explore history in new and reflective ways—as I hope mine does.

The Quellerie outing reminded me of another recent presentation of mine, this time to the Literary Alliance, a Johannesburg-based book club that is predominantly female and exclusively black. It is also very young: everyone there was younger than fifty. Again, in my interactions with the members of this club I noticed the titles of many historical novels, by both local and international authors, being bandied about.

I want to suggest that the historical novel, once the preserve of cosseted heroines and doughty heroes, warlike hordes pouring across bleak landscapes on foot or settlers making grim progress in small groups of ox wagons, is back in favour—but it is dressed in new clothes.

It comes, these days, with attitude and a breathless literary intensity; a fire in its belly. From the violent Wolf Hall by Hilary Mantel to the revelatory The Spiral House by our own Claire Robertson; from the left-field and quirky Days Without End by Sebastian Barry to Zakes Mda‘s feisty Little Suns, historical novels are winning favour with the reading public, and winning important literary prizes.

In Mantel’s novel, which was awarded the 2009 Man Booker Prize and adapted into a popular television series, we meet Thomas Cromwell as we’ve never seen him before: the boy who grew up in an abusive home and became a noted adventurer, before he entered the history books. In Days Without End, the American Civil War becomes, not the story of generals and body counts, but a tale of survival, centred around an Irish boy who enlists and fights on the side of the Confederates because he is hungry and homeless.

In Little Suns, Mda tells the story of Malangana and his beloved Mthwakazi against the backdrop of the assassination of Hamilton Hope, a colonial magistrate who, in the late nineteenth century, worked to undermine local kingdoms in the Eastern Cape and bring the amaXhosa under the control of the British. It is because of the trials and tribulations of Malangana and Mthwakazi, which so vividly evoke the lives of those who suffered under colonial injustices, that the history of Magistrate Hope and his political manoeuvrings is made memorable for the reader.

We write historical fiction to take history to the level of: what was it like to be in what happened? The story of Mhlontlo [the basis for the character Malangana] that I write in Little Suns was well known to me from the time I was a toddler. It is part of family lore. Even after I had researched its historical aspects, it still remained a series of anecdotes, surface stories lacking subtlety. It was only when I was writing it as a work of fiction, exploring what it was really like to be Mhlontlo by recreating his exterior and interior worlds, and the worlds of those who surrounded him, protagonists and antagonists, their loves, their losses, their gains, victories and defeats, that the emotional import hit me. Anger swelled in my chest. To my embarrassment I was caught screaming one day, ‘Damn, this is what they did to my great grandfather.’

In an unequivocal acknowledgement of the resurgence of the historical novel, albeit in a new guise, The Guardian asked, in its editorial of 21 July 2017:

What do we want from our historical fiction and why are literary novelists so keen to supply it? Part of the answer has to do with our escapist appetite for stories safely cocooned in the past. Period dramas sell; writers want to be read. But that does not mean that they are pat, predictable time capsules.

My own novel Dancing the Death Drill, though inspired by historical events, does not pretend to be a straightforward historical text. I use the Mendi to launch a conversation around pockets of history in South Africa, West Africa and indeed Europe that have been hidden in the past, in the name of political expediency.

Novelist Margaret George, author of The Confessions of Young Nero, summarised the current moment rather succinctly in an interview with LitHub:

In order to understand our own situation, we need to see our times in context, otherwise we assume that people always acted and thought as we do. Historical novels can transport us to another era, say, Jane Austen’s, when a woman’s whole economic survival depended on who she married, and even if she married. We can better see what progress has been made in women’s equality when we see where we’re coming from. Fiction can make this much more personal and real than straight history. You can apply this to any subject—war, medicine, slavery, politics, sex—and there’s a historical novel to show you how it used to be, making our assessment of what’s happening now more knowledgeable.

This, then, leads us to that ever-vexing question: What is history? What we call ‘history’ is not a thing, an object of study, but a story we choose to tell. Events undoubtedly occur: the first democratic non-racial elections of South Africa were held on 27 April, 1994. Nelson Mandela was a tall man. These are facts. But for these facts to become history, they must be selected and arranged according to some plan. They must be made to tell a story, and they must resolve some sort of question, which can only be asked subjectively and from a position of hindsight.

What I am getting at is: all history evolves from a fictive or imaginary representation of the past. There is no reason why, in principle, a novel may not have its basis in research that is as comprehensive as that of a scholarly work of history—indeed, there is no reason why the research may not be more comprehensive, and no reason why, in principle, a novelist’s portrayal of the past may not be truer and more accurate than that produced by a scholarly historian.

To further stress this point, let me quote from a paper by the eminent American historian, who also writes historical novels, Richard Slotkin:

Historians like to associate their field with the social sciences, but in fact the discipline is more like novel writing. Ask an economist or sociologist for an explanation and you get statistics, axioms and equations which account for behaviour with mathematical elegance. Ask a historian and what you get is a story, an account of experience that is most valid when least elegant: because it must account for those many elements which are at play in every human event, but are not mathematically necessary to produce the outcome—indeterminacies, over-determinacies, excesses, misjudgements, divagations, misunderstandings, outrageous coincidences, craziness, wasted motion, emotional outbursts, unfathomable errors of judgement, random acts of kindness, irrational mfalice.

As a novelist, I am concerned with the ways in which communities transform their historical experience into the symbolic terms of myth, and then use mythologised narratives of the past to organise their responses to real-world, present-day crises and events. As a genre, historical fiction can be a powerful tool in the hands of a writer who is also an activist, which I count myself to be. The writer–activist can, by weaving a fictional story around a factual but little-known historical event, such as the sinking of the SS Mendi, insert chunks of what might be called ‘hidden history’ into the public domain. This is, of course, exactly what I sought to do in Dancing the Death Drill. But, in addition to that, I wanted to use the novel as a springboard from which to launch an enquiry into a trio of quintessentially South African themes: race, identity, memory, and their intersection with the ‘land question’.

When black men decided to go and fight in Europe, they did so in the belief—the mistaken belief, as it turned out—that if they supported the British Crown in the war, the Crown might consider rescinding the Native Land Act of 1913. Under this law, eighty-seven per cent of South African land had been given over to white people, who were and continue to be the minority in the country. The majority, the black people, were forcefully removed from their ancestral land and driven to reserves where they could not pursue farming and ranching, which before then had been the mainstay of black life. Having lost their land, they could also no longer raise cattle, a practice central to their culture through centuries on the southern tip of the continent.

When these men went to war, they were desperate. They were on their knees, so to speak. Their desperation made them susceptible to abuse. They were eager to do anything to ameliorate their plight. Needless to say, all the promises that were made to them were never fulfilled.

My job as a novelist is to record what happened back then, but to also raise a flag, to caution that the country still has some unfinished business. If we don’t resolve the issue of land redistribution decisively, and in a manner that takes full cognisance of the extent to which the majority was robbed, it may come to haunt us. It happened to our neighbour, Zimbabwe.

Historical novels show us how the origins of many present-day problems lie in the past; they are vehicles for the necessary journeys that nations must take to be healed; they help us reimagine ourselves in the present day.

That is, of course, if they’re any good. To quote the novelist Elizabeth Chadwick, ‘it is not about dumping all that knowledge and research into the text. That’s the last thing you want to do. Your aim is to entertain readers with a riveting story, not bore their socks off.’

Amen to that. I fervently hope I didn’t bore the socks off the two book clubs I visited recently. And I look forward to more historical fiction from South African writers: let’s keep pulling out the rivets of past narratives, to form them afresh into engaging new shapes, and thereby, hopefully, to help shape what is to come. 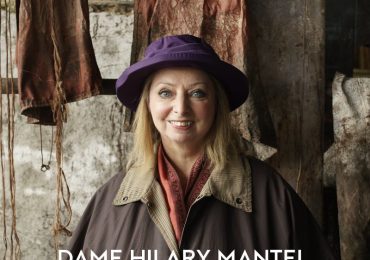 6 thoughts on “Historical fiction is back—with a fire in its belly: Fred Khumalo reflects on how writing can be a powerful tool for an activist”