Childhood photographs by JM Coetzee are currently on exhibition at the Irma Stern Gallery in Cape Town.

The exhibition, titled ‘JM Coetzee: Photographs from Childhood’ and curated by Hermann Wittenberg and Farzanah Badsha, features photographs taken by Coetzee between 1955–56.

Most of the photographs in the exhibition have never been printed before. The negatives had been kept in storage for more than fifty years, until Coetzee sold his flat in Cape Town in 2014. Wittenberg, who had edited a selection of Coetzee’s film scripts (2014’s Two Screenplays), was offered some darkroom equipment from the flat, and when it was delivered he discovered that the package included a number of old photographic prints and negatives.

Some of the film had deteriorated, so the negatives were immediately digitally scanned and the film stock deposited at the Harry Ransom Centre at the University of Texas, Austin, where the rest of Coetzee’s literary and personal archive is kept.

‘In many ways these are scenes of an unremarkable provincial life in the mid-nineteen-fifties, but the playfulness, immediacy and self-awareness of many of the photographs resist a nostalgic reading,’ Wittenberg writes in the exhibition brochure.

The photographs document Coetzee’s attempts to master the medium, and capture his experiments with shutter speed and light, chemical processes, focusing and framing. ‘The images are absorbing in their imperfections, revealing how the young Coetzee  was interested in documenting time and movement, attempting to capture life itself,’ Wittenberg says.

‘Some of the self-reflexive and metafictional literary strategies that would later become the hallmark of the novels are rehearsed in these early images: there are not only several candid self-portraits that depict versions of an adolescent self, but also photographs of photographs, and the lens is often trained on books, printed pages, sheets of music, scenes of writing.’

In an interview with Wittenberg, Coetzee explains how he became interested in photography—‘taking pictures was part of our family culture, as it was of many other middle-class families’—and how he was the ‘driving force’ behind the photographic club at his school, St Joseph’s Marist College.

The young Coetzee owned two cameras, a novelty ‘spy camera’ that he used to take surreptitious photos at school, and an Italian-made 35mm Wega, a cheaper version of the popular German-made Leica. He also set up his own darkroom in which he developed and printed his photographs.

I bought my own first camera by mail order. It was a novelty, advertised as the sort of camera that spies used. It took images about 15 mm x 15 mm which had to be enlarged. There was only one shop in Cape Town that stocked film for it.

What drew me to photography? I am not in a position to diagnose the deeper reasons. let me just say that in the nineteen-fifties ‘serious’ photography carried considerable cultural cachet. It was also a manly activity, in contrast to such effeminate activities as composing poetry or playing the piano.

In his photographs, Coetzee repeatedly turned to the subject of his mother, Vera, but the exhibition features just one image of his father, Zac Coetzee. The photo is taken in Coetzee’s favoured ‘documentary style’, depicting his father talking to his Aunt Annie. The exhibition caption is: ‘Undependable, errant, wayward: words that my mother’s side of the family attached to my father.’

Coetzee’s approach to photography was governed in part by his family’s economic situation, but his reasons for turning away from the medium were more aesthetic:

I read books about photography, imitated as best I could the kind of photographs I saw in Life and other magazines. I believe I was interested in being present at the moment when truth revealed itself, a moment which one half discovered but also half created. This was, I think, the aesthetic behind the practice of photographers like Cartier-Bresson. what I discovered over the course of time, unfortunately, was that I didn’t have the eye of an artist-photographer. For a while I told myself that this was because I wasn’t taking enough pictures: the photographers I read about thought nothing of taking a whole roll of thirty-six of a single subject, while I had to ration my shots. But the truth was that I was never open enough to the world, particularly to other people’s experience. I was too wrapped up in myself. Which is not unusual at that age. 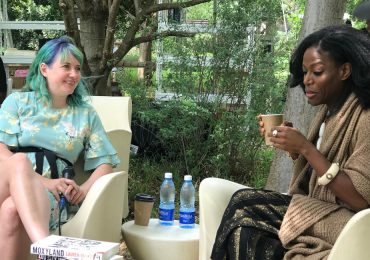