The Etisalat Prize for Literature, established in 2013, awards £15 000 for a first novel from Africa, and has grown to become one of literature’s most important international prizes. Activist and author Elinor Sisulu was one of the judges for the latest edition of the award.

When I received a call from Kole Omotoso inquiring whether I would be open to serving as a judge for the 2016/17 edition of the Etisalat Prize for Literature, my initial impulse was to politely decline. I have been a judge of several literary awards, and judging fatigue had set in. I resolved in 2015 to never judge another.

But I hesitated before saying no, because the Etisalat Prize is something different. After the quiet demise of the Noma Award for Publishing in Africa in 2009, this continent was left without a pan-African literary award for a full-length work, so the debut in 2013 of a new prize, sponsored by a telecommunications giant, was a welcome development.

Unlike the Noma Award, the Etisalat Prize is confined to the first published work of fiction by African writers. I liked this focus on the debut novel—especially because, as a judge, one gets to encounter exciting new writers at the beginning of their careers. I was also drawn to Etisalat’s commitment to purchase 1000 copies of each shortlisted book for donation to schools, book clubs and libraries across Africa.

When I learned that I would be sitting on a judging panel led by award-winning author Helon Habila and including translator and literary activist Edwige-Renée Dro, my lofty resolution never to judge another literary competition melted faster than a blob of butter in a microwave. I had met Helon many years ago at the Time of the Writer Festival in Durban, shortly after the publication of his sublime first novel, Waiting for an Angel (2002). He has since written two further novels, Measuring Time (2007) and Oil on Water (2010), as well as the deeply empathetic chronicle The Chibok Girls: The Boko Haram Kidnappings & Islamic Militancy in Nigeria, and has earned many literary prizes and accolades, including the Commonwealth Writer’s Prize and the Caine Prize for African Writing. I only knew Edwige-Renée Dro by reputation, but from what I had read about her I felt that we shared a vision of a pan-African approach to literature.

Judging a literary competition can be a nightmare—especially if there are widely divergent views among judges and no books stand out as clear winners. Fortunately we had no such problem. Our most challenging task was reading dozens of novels in a short space of time to arrive at the required longlist of nine books. By the time we held our final judges meeting in Mauritius to select the top three titles, the discussion was very short, such was the degree of consensus.

One of the attractions of judging the Etisalat Prize for me personally was the opportunity to travel to Lagos, a city that I had never visited, to attend the final award ceremony. Arriving in Lagos, I experienced a similar feeling as I had on my first visit to London. I had heard and read so much about the city that it did not feel like a first visit. As a guest of Etisalat, steered through the bewildering immigration process by a helpful protocol officer, taken to a luxury hotel in upmarket Ikoyi, joining fellow literati for a week of events culminating in the ceremony on 21 May, I had the best possible introduction to the city.

The Etisalat team must be commended for the programme leading up to the grand finale. The three contenders for the prize, Jowhor Ile (Nigeria), Julie Iromuanya (Nigeria/USA) and Jacqui L’Ange (South Africa), were kept busy with numerous media interviews and readings. At the events I attended I was struck by the size and youthfulness of the audience and the strong representation of Etisalat’s top management. Elvis Daniel, Etisalat’s Director of Brands and Experience, opened the event by playfully referencing the three shortlisted books: ‘And After Many Days of looking, I saw The Seed Thief and quickly ran home to tell Mr and Mrs Doctor’. Etisalat patron Ellah Wakatama Allfrey then provided a masterclass on how to moderate a literary event, holding a conversation with each writer in turn and providing insights into the major themes of each book, before inviting the authors to read their selected passages. The MC Oscar Oyinsan deployed his lively personality to create a buzz of excitement on the floor.

The final event had all the glamour and glitz of a gala concert, making all the other literary awards ceremonies I have attended seem staid by comparison. Guests, adorned in head-turning outfits, were greeted by live music from Nigerian-Canadian singer and songwriter Falana before the formal programme got underway. The main event was carefully curated to draw attention to the stars of the night—the books and the authors. An Etisalat-produced silent film about a young man learning to read so that he could decipher a message from his loved one drove home the value of literacy.

Poet, civil engineer and actress Titilope Sonuga gave a powerful rendition of a poem that wove together titles of popular African books: ‘Here/between the pages/we crawl out from The House of Hunger/to a place beyond The Famished Road/we find shelter When Rain Clouds Gather …’

Excerpts from the three shortlisted books were dramatised by actors under the direction of Ifeoma Fafunwa, a Nigerian writer, director and theatre producer who is passionate about promoting social justice through theatre. Finally, the judges were called up and the winner announced by the Chair, Helon, who made the only speech of the night, reflecting on the current state of African literature and reading the citations of the three books.

Pandemonium reigned when Helon read out the name of the winner: Jowhor Ile, for his book And After Many Days. Ile is the first Nigerian to win the prize so it was a moment of special significance—as was made clear by the party that followed.

It was clear that this literary competition, for the Etisalat team, is about more than brand promotion and return on investment. Their passion and commitment to literature shone through their administration of the prize, the careful thought put into the preparation of the programme, and the serious investment in marketing to a younger audience, especially through social media. Deborah Willsher, the wife of the CEO, had read all the books on the longlist and participated enthusiastically in all the events, as did the senior management and staff. At the lunch he hosted for the writers, judges and patrons, CEO Matthew Willsher was keen to get our feedback on how to improve on the prize and further promote literacy and literature in Africa.

The icing on the cake for me was the opportunity to spend time with the writers, my fellow judges and the patrons. Margaret Busby and Ellah Wakatama Allfrey have had distinguished literary careers that have earned them OBEs for their services to publishing. Ghanaian-born Margaret Busby is a publishing pioneer who became Britain’s youngest and first black woman publisher when she partnered with Clive Allison to establish Allison and Busby, a company that developed a hugely impressive publishing list that included the CLR James classic The Black Jacobins. I have learned from previous encounters over the years that if you want to meet interesting people, hang out with Margaret Busby, so when she said a friend of hers was coming to take her shopping and see something of Lagos, I jumped at the chance.

That friend turned out to be Tam Fiofori, the legendary photographer, film-maker and writer. Tam turned up with a tall, quietly handsome young man who he introduced as Abe, and who drove us to Surulere, a bustling commercial and residential area that connects Lagos Island to the mainland. Our first port of call was My Nest African Shop run by Angela Coker Ahanmisi, a lawyer by qualification and a storyteller by choice, with a great passion for culture and history. Angela showed us an area at the back of the shop where she holds storytelling sessions for local children, so that they do not forget their culture. She then showed us the colourful bolts of fabric lining the walls, many of which were handmade by local craftspeople. When we lamented the fact that time was too short for us to take the fabric to a tailor, our ‘driver’ Abe said, casually, ‘I will make the clothes for you. I am a designer.’ He took our measurements right there in the shop. When we said we needed to change money, the money changer was called from a shop nearby and Tam conducted a vigorous bargaining process on our behalf. Money exchanged hands and fabric was collected and put into the car by our driver-designer-artist.

As we left, Tam announced that he would like to drop in on some friends who lived in the area. After a short but winding drive into the residential part of Surulere, we found ourselves at the home of Adewale Maja-Pearce, writer, editor and founder of The New Gong Publishers, a cooperative set up to ‘break the debilitating reliance on foreign publishers’. I was so awestruck by this unexpected meeting with one of Nigeria’s literary luminaries that I could not remember a single book he had written. It was only later I recalled Who’s Afraid of Wole Soyinka and Remembering Ken Saro-Wiwa and Other Essays.

As if this was not enough, we were introduced to Adewale’s wife, Juliet Ezenwa Maja-Pearce, an accomplished artist who took Margaret and I on a tour of their house that is a veritable art gallery, with paintings hanging on every bit of wall space. I could not afford to buy any of Juliet’s artworks but I did manage to acquire a copy of her compilation of essays, Issues in Contemporary Nigerian Art, published, naturally, by The New Gong.

Later that evening, as we enjoyed the music of Fela at Lagos’s Freedom Park, Margaret and I reflected on how we had just gone with the flow as the day took us in strange and wonderful directions, what Trinidadians would describe as liming. I will always remember my first visit to Lagos as one long literary and artistic lime. 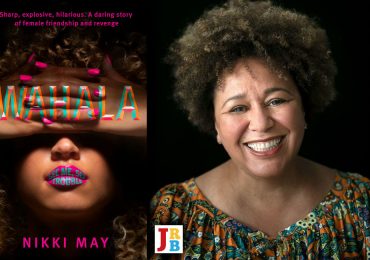