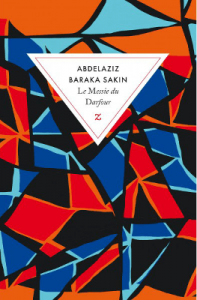 The prize, which has been in existence for 10 years, rewards work translated into French, written by an African author living on the continent or in the diaspora, of African descent. In particular, the jury favours authors whose oeuvre is concerned with contemporary political, social and cultural issues and engages with them in an unique way. Each year the winner receives 3,000 Swiss francs as well as an artwork of the same value.

The esteemed 2017 judging panel was made up of Ambroise Kom, Ken Bugul, Hortense Simé, Boris Boubacar Diop et de Koulsy Lamko. The winning novel was praised by judges for its epic nature, courageous protagonist and striking clarity while enumerating the tragedies of the Darfour War in the early 2000s.

Le Messie du Darfour centres on the adventures of Abderahman, a woman with a man’s name and a lust for revenge directed at the Janjaweed, whose barbarism spreads chaos throughout the land. On a normal market day, she happens to meet two men and a dizzying chain of events are set in motion. French readers can peruse an excerpt here.

Speaking to RFI Afrique, Sakin said he wrote the novel, ‘to rid himself of his fear of the war’. Sakin currently lives in exile in Austria and is notoriously not in the government’s good graces. At the Sudanese Writers’ Union Fair, held earlier this year in Khartoum, Le Messie du Darfour was one of the titles seized by authorities. Similar censorship of his work has occurred before.

Of his win Sakin said:

The announcement is a declaration of victory not only for me but for all Sudanese.

The other worthy contenders for this year were:

The formal awards ceremony took place on 29 April at an event at the Geneva Book Fair.