Okwiri Oduor’s penchant for magic emerges from her attention to ordinary things: she can make a teacup seem like the most interesting thing in the world, or convince you that you cannot remember the shape of your father’s head even if you see it every day of your life. Her stories are populated with dolls that impart whimsical wisdom, even without speaking; she milks church drama for all its worth; and, as her friend Ndinda Kioko puts it, she names the hell out of all her characters, so much so that you might want to make new people and present them to her so she can christen them.

Oduor has been one of my favourite writers for over a decade. Her work does this thing where it makes me feel satisfied, like I have eaten exactly the right amount of my favourite food, but I am also ready to eat more until I am uncomfortably full and bursting at the seams with story and enchantment. Needless to say, I have been anticipating her debut novel, Things They Lost, for years, and when it came in the mail about a week ago I put every other pressing matter on pause.

In an interview shortly after she won the Caine Prize in 2014, Okwiri told Aaron Bady that she was unsure whether she could pull off a novel that was half in this world and half in another. Starting Things They Lost felt like entering a demesne she had long been building—one in which daughters have intensely beautiful, difficult and sometimes otherworldly relationships with their mothers; where milkmen deliver milk and radio men deliver news of death; where people wear frocks instead of dresses; where time moves as slowly as it likes and then faster than you can make sense of. We got a teaser of the configuration of this place last year, in her short story ‘Mbiu Dash’. Here, there are no yesterdays and tomorrows, there are no speech marks, and there are no borders between realms, a situation that compels you to be more attentive to the shifts in voice, cadence, time and space.

The story of Things They Lost unfolds through the residents of Mapeli Town and, as the title suggests, the things they lost. These could be big things—a great love or a beloved child, a business, a precious memory, a grandfather clock—or the small things twelve-year-old Ayosa finds in the forest or in the river: a kitchen table, a braid, an earring stopper, somebody’s dentures, a wrist watch. On every major holiday, and on Sundays too, the people of Mapeli Town gargle salt water, grease their elbows, put a flower in their hair or pin it to their lapel, and gather in routine mourning or reverence. And a little way away from the town, in a crumbling mansion that belonged to the settler Mable Brown, lives Ayosa Ataraxis Brown, the loneliest girl in the world.

Ayosa has three problems. The first and most pressing is her mama, Nabumbo Promise. When we meet her, Ayosa has lived most of her human life on her own, waiting for her mama to come back home to her from wherever she has gone gallivanting off to with her camera. But before she was a girl, she was a ‘wriggling thing’ that followed Nabumbo Promise everywhere, witnessing almost every moment of her hardening life. Theirs is a physically and emotionally violent relationship, a murky kind of love that draws blood from their skin and raises welts on their hearts, mostly the outcome of Nabumbo Promise’s unaddressed traumas and her long-neglected mental health.

Ayosa understands Nabumbo Promise more than anybody else in the world, and loves her desperately, almost unconditionally. But Nabumbo Promise loved ‘fiercely, but only just briefly, and then the effort of it tired her, and she forgot to love at all’. When her mama is home, they fight hard, but they also have the most fun with each other, that laugh-until-you-cannot-breathe kind of a good time. And when Nabumbo Promise abandons her, Ayosa relies on the land and on the kindness of Jentrix, the apothecary, for food. As a spirit child in human form, her body is malleable (though not indestructible): she can surrender herself to the river that has killed so many and will not drown; she can climb trees that tear open her skin and give her blisters and not tire or feel pain; she can eat experimentally and then let hairy and stinging bugs crawl all over her and suffer no long-term consequence.

Ayosa’s second problem is her Jinamizi, an inexplicable form that plagues her at random with horrific memories of terrible events—strangers torturing other strangers, death marches and mass genocides:

In the memories that the Jinamizi brought, she was no longer Ayosa. She was neon-colored coral polyps pulsating in a far-off sea, full of plankton. And then she was the first woman—the Mother Woman—shivering, writhing alone inside a muddy trench, bearing a litter of doe-eyed, jaundiced babies. And then she was a persecuted man with a bullet boring through his cranium, shredding it to sawdust.

When the Jinamizi comes, it renders her immobile like sleep paralysis, and when it lifts, it leaves her breathless, traumatised and confused as to whose memories she has experienced. But they are hers, from back when she was a wriggling thing. Just as she collects random paraphernalia from the river, she bears the curse of remembering all the lost things of the world.

Her third problem is the wraiths, ghost-like bodysnatchers that are a more agreeable explanation for all the missing people and memories than what really happened in nineteen-eighties Kenya. According to Sindano, the proprietor of Mutheu Must Go Café, wraiths appear to people as a representation of their most desired thing, like a potential husband or a roaming, vagabond mother. Having spent so much time on her own, Ayosa is often wary of familiar figures coaxing her to go somewhere exciting. The trick, for her, is to grab them when they are not looking to make sure there is a human body beneath the skin—if there isn’t, the wraith shrieks and evaporates into wisps of nothing.

In the twelfth year of her life, Ayosa has spent enough time in her head and on her own and is starting to grow restless for people. There has always been Jentrix’s ‘shiny-eyed, snot-faced’ granddaughter Temerity, whom Ayosa used to go to school with, and who occasionally delivers food and medicine and gossip about the other children. And then there is Sindano, whose café never has any customers until the day Ayosa wanders into the shop, wanting to know where Mutheu must go to. Finally, there is someone else at the house—a girl in the window, a ‘throwaway girl’, the townspeople call her. The first few times Ayosa sees her, they only talk to each other with their eyes. And then one day, she and Nabumbo Promise have a fight in the car, and her mama abandons her in unfamiliar territory. After a cold night with the dirt and the bugs, the girl plucks Ayosa out of the river and introduces herself.

Mbiu Dash might be a ghost, although she says she survived the police ambush that killed her mother. She lives with her cat, Bwana Matambara, and dozens of pigeons in the shell of a bullet-ridden Volkswagen, which is pulled around by a horse called Magnolia. Ever since her mother’s death, the lonesome girl spends much of her time roaming and looking in on other lonesome people, just to make sure they are still there. On the basis of their status as outcasts, their tenacity as daughters and a mutual curiosity about each other, she and Ayosa become dear friends; for the first time in her life, Ayosa experiences a child-like wonder that is not her own. She now has somebody who is readily able and willing to accept and reciprocate her desperate love, her untold stories and her growing curiosity. And when Mbiu offers a chance to leave Mapeli Town, Ayosa seriously considers disentangling herself from home and its attendant intimacies for the first time.

But Nabumbo Promise has returned and sworn never to leave her alone again, which is all Ayosa ever wanted. This new living dynamic, however, is far from reparative, as Ayosa begins to learn that she is unequipped, but even more importantly unwilling, to take care of her erratic mother. Nabumbo Promise is not always present, even when she is physically so; sometimes she slips into another world, where she is another person in a different timeline, and the body she leaves behind deteriorates while she is gone. Other times, she demands Ayosa’s exclusive attention, obviously jealous of her new friends. As Jentrix tells her, ‘Your mama doesn’t mean to be mean. She’s just so broken up. She’s all rubble inside.’ Although her dissociation makes her a sympathetic character, Nambumbo Promise also nurtures an inherited and visceral cruelty that raises hackles. On the one hand, then, Things We Lost is a story about the return of Nabumbo Promise’s forgotten traumas as remembered by her daughter, a tale of intergenerational damage that is characteristic of novels invested in shadow work; but on the other, it is the story of how Ayosa learns to cope with the weight of her loneliness and age, as she stretches herself out and grows in love with her new-found community.

I have previously heard Oduor’s writing described scornfully as ‘flowery’, as if to mean ‘wasteful’, but I have always found her attention to everyday detail stokes curiosity about how much one can notice about an ordinary thing. Almost all her sentences are surprising in that they are so descriptively accurate it makes me wonder how I did not see things like that before; others are so heavy with heartbreak they leave you wondering at the meaning of survival. One of the biggest pleasures of Things We Lost, in particular, is how Oduor writes about music and dancing. For example, when the people of Mapeli Town gather on Epitaph Day or Christmas Day, tie their cardigans around their waists and dance chini kwa chini; or when the Fatumas—two ghosts resident in the attic of the Mable Brown mansion—try to teach Ayosa to dance chakacha, saying:

‘You close your eyes and you think of round things. Then you draw those round things with your hips. Come, kipusa, dance chakacha with us.’

And because they call her such a sweet name, kipusa, Ayosa learns to chakacha for all the lost things. 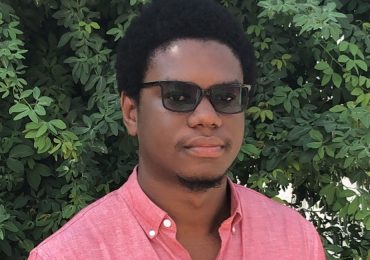