Michael Gardiner reviews Letters to Lionel, a series of letters written to the late poet, novelist and teacher Lionel Abrahams by his wife, Jane Fox, interspersed with vignettes of their life.


In South Africa, we make heroes of people and then, having paid our dues, we forget them. We shower those we admire and respect with effusions and statues, and then dismiss them so that we can get on with our lives. It is dangerous, therefore, to make monuments of those we love.

Jane Fox’s new book, Letters to Lionel, is not a monument-making enterprise. A month after the death, in 2004, of her husband Lionel Abrahams, Jane felt the need, particularly during her earlier responses to loss and grief, to continue the conversation she had had with the living man. She started by expressing her frustrations, for example, at what might (and should not) have been done to succour him during his illness. Then she wrote a series of letters in which she engaged with his constant proximity, even though he was absent. Her letters transcend the fact of his death through what becomes, in her book, a lively exchange between Jane and Lionel, and Jane and herself, simultaneously.

Separately and together, Lionel Abrahams and Jane Fox lived a life of people and books. Lionel (1928–2004) and Jane (born in 1935) enacted their belief in the living importance of the literary through their extensive publishing, teaching and editing. During his lifetime, Abrahams produced four collections of poetry, two novels and numerous articles on literary and cultural matters. He edited several literary magazines and campaigned continuously from the nineteen-fifties onwards for recognition and appreciation for South African literature.

Fox is the author of three novels, three biographies, two collections of poetry and six plays. She continues to coordinate the Writers’ Workshop Lionel began in the nineteen-eighties, from which many South African authors have emerged. Their coordinated literary lives generated wide circles of friends—writers, educators and other people with creative ideas, including photographers, artists and directors of theatre—who relished their company, wit and intellectual vitality.

Jane rediscovered her letters to Lionel on her computer seventeen years after his death. Having reacquainted herself with them, she set about interweaving the letters with a number of anecdotes illustrative of the life she and Lionel had lived together. The overall effect, as David Medalie puts it in his Introduction, is that:

As we read, we realise that the shape of Letters to Lionel makes perfect sense. The chronology is not disturbed, the two narratives are not discrete. They do not interrupt each other. They are interwoven just as the presence of Lionel and his absence are interwoven. Memories of him flow into the present in loving simultaneity.

One of the achievements of this book, as it reflects on a life lived and a life lost, is that human complexities are evoked within it without recourse to abstraction or philosophical maundering. The letters have a directness that allows the reader to feel the heartfelt nature of Jane’s reaching for response and reassurance. For example, in her letter of 6 November 2004, five months after Lionel’s death, she wrote:

I went to sleep last night holding my book in my hands, and woke a while later still holding it up in front of my face. Bad. You’d gone, completely gone, would never be there for me again. Bad. But now, this evening, watching the light deepen and then fade over the garden, I was able to talk to you immediately again, to feel that you are only in the next room, that we can call back and forth easily. Without sadness, without any reservations. Freely—that’s the feeling.

In among this labyrinth of emotion, one discerns the recall, consciously or otherwise, of one of Lionel’s love poems, ‘The Middle Room’. Here is the final stanza:

Between outer and inner,
in the little room between,
knowing the outer, knowing the inner,
impassioned and thoughtful,
we claim our solitude.
Here we read our books and dreams
and serve our mysteries
and work the shapes of what we mean.
And here, after all,
separate but known, you and I meet—
meet and rescue each other
with the breath of speech
in the middle room of the whole self.

The ‘snapshots’ that interleave Fox’s letters, meanwhile, are based on actual recalled moments and intimate events. The initial snapshot describes Jane rushing to the ICU because a nurse had telephoned to say, ‘Just want to tell you that Mr Abrahams is not so well.’ Once there, Jane understands what is happening, and she holds Lionel’s hand until his last breath.

Her quietly remarkable account suggested to me the description by Frieda Lawrence of standing next to the bed as DH Lawrence died in 1930: ‘I held his left ankle from time to time, it felt so full of life, all my days I shall hold his ankle in my hand’ (Not I, But the Wind …, 1935).

In her account, once there are no more breaths from Lionel, Jane records,

I am calm. I wait for someone to come, but they don’t. I am holding his left hand, and I feel the hardness of his wedding ring. Soon he will belong to the system and not to me. I go out through the curtains to the bathroom and lubricate my fingers with soap. I go back to him and now it is easy to slide the ring over his swollen knuckle. I put it on my own left hand so that the two rings are together. I sit back down. There are no thoughts in my head. It’s only when someone comes that I begin weeping.

Jane’s experience and expertise as author, editor, playwright, poet and coordinator of writing workshops ensures that her epistolary and anecdotal pieces are superbly judged. She knows when to assert, when to efface, and when to punch.

The love affair between Lionel and Jane extended beyond their twenty-one years of marriage, and what she conveys through story and letter puts paid to Robert Frost’s declaration that ‘happiness makes up in height for what it lacks in length’.  Both Lionel’s poetry and her work make clear to the outsider how sustained the happiness and joy of their relationship was.

An aspect of the bond between Jane and Lionel I have come to admire in particular is that expressed through Jane’s sensual self. Her delight in Lionel’s body, his whorls of hair, the tones and textures of his skin and knees, is clearly felt through her earthy, tactile and visual intelligence. Some months after Lionel’s passing, Jane looked at a poster of him and wrote:

My eyes touch your face like hands, feel out the stubbly contours, the place on your temple where the hair, grizzly-soft, my hedgehog, goes over the hard bone of your cheek’s ridge, the dent at the side of your mouth, the long line of your lip which can’t help smiling because you are looking at me touching you even though it is only my eyes.

Eyes become hands, the past becomes the present, the picture becomes the actual and Fox fashions memory into the real. And all is done in perfect silence, stillness and with a sense of deep physical fulfilment.

There is no doubt that the hundreds of people who have admired and loved Jane and Lionel will value this combination of letters and snapshots. But how might the book be received by readers who know nothing of the Abrahams–Fox legend? Could it encourage a person to find more of Jane’s publications, and might it lead to someone ferreting out Lionel’s poetry? That seems more likely than expecting Jane’s book to help one overcome grief, or learn about love under certain circumstances. Thank goodness, this book offers no lessons and neither soothes nor comforts. With its focus on love and death, it invites the reader to share the experiences of a working partnership when certain moments occurred, and what they reflect to the author after her deep loss.

One hopes the book is made suitably available, for then it will find readers who have never heard of Jane or Lionel, and who will discover the pleasure of being engaged by a strong-minded, articulate and emotionally mature writer who freely offers up the most intimate aspects of her life. Such a book is not easily come by. 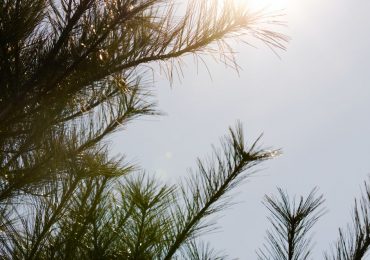