The cover image for the April 2019 issue of The JRB is by Gideon Mendel, from his new exhibition ‘Damage’.

Born in Johannesburg in 1959, Mendel established his career with his searing photographs of the final years of apartheid.

‘Damage’ was launched at the Apartheid Museum on 30 March 2019, the end of Human Rights Month, and will be on display until the end of June 2019.

From the artist’s statement:

These images emerge from a time of hope, activism and tragedy. In the nineteen-eighties I was part of a young generation of ‘Struggle photographers’ in South Africa, documenting the fight against apartheid. In 1990 I left a box of my outtakes (negatives and transparencies) in storage in Johannesburg, and subsequently forgot about them. A few years ago they were returned to me and I discovered that at some point in their many years of neglect, the box had been rained on, and the top layers had been affected by both moisture and mould.

I found that this process of decay revealed something potent and significant. Could the entropy of these negatives reflect ways in which communal memory of these pivotal events along with the idealism of that period is fading?

I was struck by the fact that the interventions that overlay my original photographs are happenstance, completely random impacts of time and water. The images still carry the power of those remarkable scenes I documented all those years ago, yet their corruption and damage seem to magnify that energy. My only action was in choosing to expand the frame into the negative rebate, reconsidering what might be included or left out of the final image.

At the start of my lifelong photographic journey I experienced many intense and traumatic events, but chose not to take the time to ‘process’ them psychologically. Like these negatives, I left them packed away. So this engagement with a distorted and clouded version of my memory reflects an intensely personal reconnection with my history. On a contemporary political and global level it also serves as a reminder that in moments that may seem bleak and hopeless on all fronts, things can change in ways that surprise us.

Hope and tragedy seem so closely intertwined in my recollections of this period. It was a moment where the hegemony and power of the apartheid state seemed insurmountable in all its brutality, yet in response there was such heroic idealism within the township mobilisation that I witnessed.

I feel that the actual negatives are now striking physical objects, their distortion speaking to a deeper truth beyond their original documentary format. I am presenting them here as testaments to faded memories of hope and struggle, reconsidered and reframed in all their historical materiality. 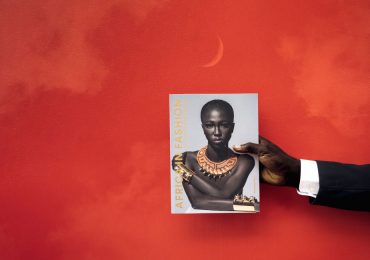 Read More
A rich history and a rapidly evolving…
September 8, 2022 No Comment