The JRB presents an excerpt, in photographs, from Museum of the Revolution, a new book by renowned photographer Guy Tillim. 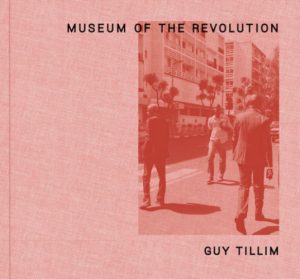 These photographs were made on long walks through the streets of the African cities of Johannesburg, Durban, Maputo, Beira, Harare, Nairobi, Kampala, Addis Ababa, Luanda, Libreville, Accra, Abidjan, Dakar and Dar Es Salam, between 2014 and 2018.

The series takes its title from the Museum of the Revolution on the Avenida 24 Julho, in Maputo, the capital of Mozambique. The avenue was named soon after the establishment of Lourenço Marques as the Portuguese colonial capital. The 24th of July 1875 marked the end of a Luso-British conflict for possession of the territory that was decided in favour of Portugal.

One hundred years later the name of the avenue remained the same, but its meaning changed. Mozambique’s independence from Portugal was proclaimed on June 25, 1975; the capital was renamed Maputo, and now the 24th of July is Nationalisation Day, celebrating the transfer of ownership of all Portuguese property and buildings to the state. A fifteen-year civil war followed, ending in 1992. The People’s Republic of Mozambique became the Republic of Mozambique and a new era began.

In the Museum of the Revolution there is a panoramic painting produced by North Korean artists depicting the liberation of the capital from Portuguese colonial rule. It illustrates the rhetoric of a revolution as the leader and followers parade through the streets and avenues, laid out with grandeur by the colonial powers. These streets, named and renamed, function as silent witnesses to the ebb and flow of political, economic and social shifts of power and have become a museum of the two major revolutions that have taken place in African countries over the past sixty-five years: from colonial to postcolonial regimes that in many cases embraced socialist policies, and then from African Nationalist to global capitalist states.

The book also contains an essay by Achille Mbembe:

Wasn’t decolonisation—if such a nebulous concept has any meaning—simply a flimsy fantasy? Ultimately wasn’t it just a noisy accident, a superficial cracking, a small external fissure pointing to a future doomed to go off the rails? Does the colonisation/decolonisation dichotomy even have a meaning? As historical phenomena, aren’t the terms mutually reflective of each other, inferring the other, like the front and back of the same mirror?

Guy Tillim was born in Johannesburg in 1962 and lives in Vermaaklikheid in South Africa. He started photographing professionally in 1986, working with the Afrapix collective until 1990. His work as a freelance photographer in South Africa for the local and foreign media included positions with Reuters between 1986 and 1988, and Agence France Presse in 1993 and 1994.

Tillim has received many awards for his work, including the Prix SCAM (Societe Civile des Auteurs Multimedia) Roger Pic in 2002; the Higas-hikawa Overseas Photographer Award (Japan) in 2003; the 2004 Daimler-Chrysler Award for South African photography; the Leica Oskar Barnack Award in 2005; the first Robert Gardner Fellowship in Photography from the Peabody Museum at Harvard University in 2006; the Quai Branly Photography Residencies in 2015, and the HCB award in 2017.

He has had solo exhibitions at the Centre Photographique d’Île-de-France, Paris; Huis Marseille Museum of Photography, Amsterdam; Fondation Henri Cartier-Bresson; Museu Serralves in Porto; the Peabody Museum in Harvard, Cambridge; FOAM Fotografiemuseum, Amsterdam; Museum of Contemporary Photography in Chicago, among others. His work was included in Kassel Documenta 12 in 2007, the São Paulo Biennial in 2006, and the touring exhibition Africa Remix (2004-7), presented at the Centre Pompidou in 2004.

View an excerpt from the book.

Posted by The Johannesburg Review of Books on Sunday, March 3, 2019