In The JRB’s forthcoming Fiction Issue, we will feature two short stories by Koos Prinsloo, published for the first time in English, translated from the Afrikaans by award-winning author and translator Michiel Heyns.

The issue will be published on Wednesday, 5 December 2018.

In a JRB exclusive for World AIDS Day, the academic and noted African literature enthusiast Lizzy Attree, who commissioned the translations, explains the stories’ significance in South African letters. 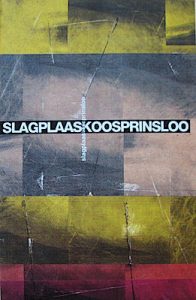 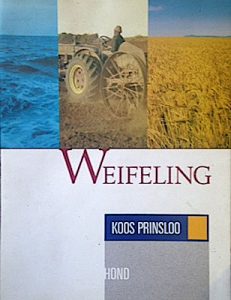 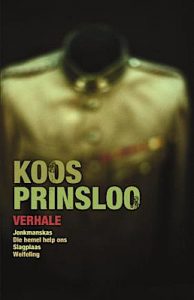 In the last interview he took part in before he died in 2004, Phaswane Mpe suggested to me that there were Afrikaans writers who had written about HIV/Aids before he did in Welcome to Our Hillbrow (2001). He said Koos Prinsloo had written stories featuring Aids, but I was slow to pursue English translations of these groundbreaking texts because of my inability to write, read or speak Afrikaans. I knew, however, that the stories would be significant, as they would be among the first fictional texts about HIV/Aids in South Africa in the early nineteen-nineties.

While I was a visiting lecturer at Rhodes University in 2010, Tim Huisamen confirmed to me that Prinsloo had written about Aids, but said he did not know of any published English translations. It is only in the last year that I contacted Michiel Heyns about Prinsloo’s short fiction, and he kindly offered to help me translate a few of the most relevant stories, which appear in Prinsloo’s later works. I am delighted that, to mark World Aids Day on 1 December, two of these stories will be featured in the Fiction Issue of The JRB, which will be published on Wednesday, 5 December.

At Wits University in 2010, Gerrit Olivier told me he believes the story ‘PCP’ to be explicitly about death and the taboo of Aids (although differing interpretations no doubt exist). ‘PCP’ was published in 1992, in Prinsloo’s short story collection Slagplaas (Human & Rousseau), the title of which means ‘abattoir’ or ‘slaughter-place’ or ‘-farm’ in English. I finally got hold of the Afrikaans text in Grahamstown, from the Rhodes University library, and found that there is a lengthy footnote in English referencing PCP (Pneumocystis carinii pneumonia) and Aids: ‘PCP was the first sign in the United States of the condition that was to become Aids.’ The definition referenced by Prinsloo is taken from Carl Miller’s The Aids Handbook (1990).

The ‘PCP’ story is immediately preceded in the same collection by ‘The Gate of Heavenly Peace’ (‘Die poort die hemelse vrede’), which Michiel Heyns has also translated into English for me (not yet published). Olivier also mentioned this story to me in 2010. Both he and Huisamen identified the title of the preceding story in Slagplaas, ‘Drome is ook wonde’, as a direct reference to the Breyten Breytenbach poem ‘Dreams are also wounds’ (or ‘Dreams are wounds as well’) from his 1967 collection Die huis van die dowe (The House of the Deaf). ‘The Gate of Heavenly Peace’ is as dense and difficult to understand as ‘PCP’, set primarily in New York and ending with a close-up photograph of a sex-chat number on a television screen: a woman’s vagina, with ‘970-TWAT’ written across it. The dates ‘June 1989–May 1992’ are also included at the bottom of the page, which seems to indicate that the story was written over a three-year period.

Prinsloo’s last collection, Weifeling, or ‘Hesitation’, was published in 1993 (Hond Publishers), a year before he died, and contains what appears to be a confession of the author’s own HIV-positive status. Olivier suggests that ‘The story of my cousin’ (‘Die storie van my neef’) was written in response to the publication of an article in Beeld (a distasteful report) that speculated about Prinsloo being a person with Aids. Prinsloo apparently complained, with the help of Edwin Cameron, and there is allegedly correspondence to verify this. Olivier reads the publication of both ‘The story of my cousin’ and ‘The story of my father’ in Weifeling as Prinsloo taking control of the issue. They are both fascinating stories and I hope to access the Beeld article and the relevant correspondence in due course. Meanwhile, it will be possible to read these two stories in English for the first time, over twenty years after they were first published, in Afrikaans.

‘The story of my cousin’ follows the discourse of gossip—pursuing something that the reader has not understood. There is talk about a cousin who died suspiciously—seemingly of Aids (‘He weighs less than a hundred pounds’ and had been taking ‘Zidovudine? Didanosine?’ There is also mention of ‘the slaughter in America’, as well as ‘the epidemic’ [Heyns’s translation])—and then the protagonist goes to the doctor with his own very graphic symptoms ‘the little fever blisters between my buttocks … he said that the two ulcers had healed nicely.’ (Heyns’s translation of: ‘die koorsblaartjies tussen my boude … hy het gesê die twee groot ulkusse het mooi genees …’) His cousin ‘Bennie had told his mother and father that he’d got it from a blood transfusion’ (‘Bennie het vir sy ma-hulle gesê hy het dit van ‘n bloedoortapping gekry.’). According to Olivier, Prinsloo had by then told his editor and his legal adviser that he was HIV-positive and was committed to writing up until the moment of his death, refusing to aestheticise, symbolise or evade the subject.

‘The story of my father’ (‘Die storie van my pa’) follows directly after ‘The story of my cousin’ in Weifeling, and is also a fairly short story, at just five pages. It is during a telephone call with the narrator’s father that we learn that Bennie has died, a month ago, ‘Maar Bennie is láásmaand al dood’, and thereby discern the estrangement between the narrator (perhaps a fictional proximity of Koos himself) and his father, who obviously do not speak to each other very often. The narrator confesses that he would write a letter to his father to tell him more about his life, but:

What I would not disclose in this letter is how my lover and I at the end of an oh so dismal Worker’s Day, two years ago, met in the blissful penumbral passages of the steam baths, how we fucked three times that first delirious drunken-dark night, how he, only after ten whole days, left a sunflower and his phone number on my doorstep and how we then little-by-little shuffle-and-scuffle only after months started yielding to each other.

He admits, ‘What I won’t tell him is that my lover and I nowadays fuck much less often, what with the thrush in my mouth and the fever blisters in my hole and the never-ending squitter-shitting and the oh so rare little cancers.’ This brutal, graphic revelation of the physical devastation of Aids, the pain, the degradation, the loss of intimacy, the alteration of his body by this life-threatening disease, ‘That, my dear Pappa, I’m saving up for later.’

Those of us who are interested in Prinsloo’s writing in general know that he was a postmodernist, very self-aware, full of intertext, and that his work is often complex and shocking. Prinsloo is also known for his homoeroticism, but the presence of HIV/Aids in his work has rarely been commented on, even though it was Aids that caused his early death in 1994, aged just thirty-six. I find this to be an overwhelming omission. Prinsloo’s stories should be translated and published in English so that they can reach a wider audience, for a number of reasons, but particularly because they are historically significant in the canon of South African literature, as a very early reference to HIV/Aids featured in a literary text. And if this is the case, what then is Prinsloo’s position in the continuum of South African writing about HIV? Does the fact that he was a gay, white, Afrikaans writer reflect the trajectory of the disease in the population, which affected this demographic early on, as it did in the US and Europe? And what else are readers missing in the cultural narrative of HIV/Aids if we continue to omit or exclude texts written in Afrikaans? (Eben Venter’s Ek stamel ek sterwe/My Beautiful Death [1996] is a notable translation but Johann de Lange’s Vreemder as fiksie/Stranger than fiction [1996] has not yet been translated into English.) Or indeed texts written in isiXhosa, isiZulu, Sesotho, Sepedi, and so on? These are all questions I hope to address in my ongoing research. I hope we will one day have an English version of all the stories collected in Verhale (Human & Rousseau, 2008), which combines his collections Jonkmanskas, Die hemel help ons, Slagplaas and Weifeling, so that we can share and comment on them more widely, as part of a more inclusive canon of South African literature that includes the personal, deeply felt impact of HIV/Aids on so many people in South Africa. Engaging with the literature of those who have gone before us is an important way to remember them.