Five African authors are among the winners of the 2018 Society of Authors Authors’ Awards.

This year’s award ceremony was hosted by Stephen Fry, with an introduction by the President of the SoA, Philip Pullman.

South African author Masande Ntshanga won a Betty Trask Award for his novel The Reactive, while British–Egyptian filmmaker and writer Omar Robert Hamilton won the main Betty Trask Prize for The City Always Wins. The Betty Trask Prize and Awards are presented to a debut novel by a writer under thirty-five.

The McKitterick Prize, awarded to a first novel by a writer over forty, was won by Nigerian–British writer Anietie Isong for Radio Sunrise.

Zambian–British poet Kayo Chingonyi won a Somerset Maugham Award for his collection of poetry Kumukanda. The Somerset Maugham Awards are awarded to published works of fiction, non-fiction or poetry by writers under thirty-five, to ‘enable them to enrich their work by gaining experience of foreign countries’.

British-born Ghanaian poet, writer and filmmaker Victoria Adukwei Bulley won an Eric Gregory Award, awarded to a collection of poems by a poet under thirty, for her collection Girl Being.

Iconic reggae musician and poet Linton Kwesi Johnson won a Cholmondeley Award, presented for a body of work by a poet.

Joanne Harris, judge for the Betty Trask Prize and Awards and SoA Council and Management committee member, said: ‘The Authors’ Awards are among the most exciting and important literary awards around, and I’m honoured to be a part of them.

Awarded to authors by authors, they’re not designed to showcase celebrities or promote high-profile sponsors; just to honour writers and to bring their talent to the public’s attention. This year we have an especially interesting and impressive group of shortlistees and winners, and as a judge of the Betty Trask Prize, I’ve always been impressed by the scope and diversity of the entrants.’

(information from the Society of Authors)

The Betty Trask Prize and Awards, presented to a first novel by a writer under 35.

The Betty Trask Award Winners—Awarded £3,250 each

The McKitterick Prize, awarded to a first novel by a writer over 40.

The Tom-Gallon Trust Award, awarded to a short story by a writer who has had at least one short story accepted for publication.

The Somerset Maugham Awards, for published works of fiction, non-fiction or poetry by writers under 35, to enable them to enrich their work by gaining experience of foreign countries. Three writers each awarded £5250.

Eric Gregory Awards, awarded to a collection of poems by a poet under 30. Seven poets each awarded £4050.

The Cholmondeley Awards, presented for a body of work by a poet. Five poets awarded £1680.

The Travelling Scholarships, awarded to British creative writers to enable them to keep in contact with writing colleagues abroad. Five writers each awarded £1575. 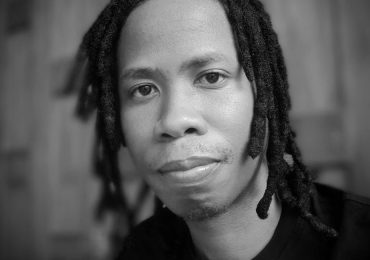