The shortlist has been announced for the 2018 International Dublin Literary Award, the world’s most valuable annual literary prize for a single work of fiction published in English.

Yewande Omotoso, who sits on The JRB Editorial Advisory Panel, has been shortlisted for her novel The Woman Next Door.

The Women Next Door was also longlisted for the Baileys Women’s Prize for Fiction and shortlisted for the Sunday Times Barry Ronge Fiction Prize and the UJ Prize.

The ten-book shortlist includes includes six novels in translation, from France, Germany, Italy, Norway, Mexico and South Korea. Six African authors were longlisted for the award, but only Omotoso has made the shortlist. 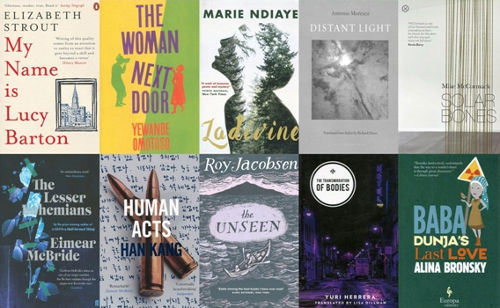 Nominations for the award are submitted by over four hundred library systems in major cities throughout the world, including Nigeria and South Africa.

Dublin’s Lord Mayor, Ardmhéara, Mícheál Mac Donncha, Patron of the Award, said: ‘This is the beauty of this award; it reaches out to readers and authors worldwide, while also celebrating excellence in contemporary Irish literature represented on the 2018 shortlist by Eimear McBride and Mike McCormack.’

‘Issues of violence and crime, isolation and reconciliation, identity and family are set in contrasting urban and rural landscapes. For readers, these stories reveal unfamiliar cultures and countries through memorable characters and their literary narratives.’

The winner which will be announced on Wednesday, 13 June 2018.