The vitality and beauty of literature is diminished if women’s stories are not told and when women’s voices are not heard. Women write of the human condition, record and interpret the world we share, speak authoritatively and with the wisdom of experience of ways to navigate a world wracked with violence and division. In most parts of the world women have some degree of legal parity with men—to vote, for example, to work, to stand for public office. However, the ties that bind women’s tongues are often so intimate that they are difficult to see—women are silenced not only by laws but by custom, religion and culture too.

The Women’s Manifesto has been written in accordance with the ideals of the PEN Charter that calls for one humanity living in peace and equality. In the manifold varieties of violence—from murder and sex-selective abortion, to stolen girls who are sold and trafficked, to female students at universities who are rated and slut-shamed on social media, to the shame and violence visited on transgender women—one common result is to silence the voices of women and hamper the transmission of their words and stories across the boundaries of culture, class and nation, leaving unfilled pages and impoverished literatures.

The historical lack of freedoms for women and girls has almost always been defended by reference to culture, religion and tradition. These arguments underscore that few groups have suffered greater violations of human rights in the name of culture than women. Women are killed every day because they write or speak out.

The denial of fundamental human freedoms to millions of women, such as the right to literacy and education, equality, participation in political discourse as well as vilification of their ideas and scorn of their bodies is extreme. Victim-blaming also has a silencing effect on women, as it can lead to self-censorship as a way to cope and survive.

In a truly equal world, pledging to uphold the PEN Charter would protect the right to freedom of expression for women and acknowledge that women and girls need to be witnesses of their own lives. However, the use of culture, religion and tradition as the defence for keeping women silent as well as the way in which violence against women is a form of censorship needs to be both acknowledged and addressed within the organisation. This manifesto is a public statement of our position on this issue and our commitment to work towards a world where women and girls can express themselves safely, fully and freely.

Watch a video of the Women’s Manifesto:

The first and founding principle of the PEN Charter asserts that ‘literature knows no frontiers’. These frontiers were traditionally thought of as borders between countries and peoples. For many women in the world—and for almost all women until relatively recently—the first, and the last, and perhaps the most powerful frontier was the door of the house she lived in: her parents’ or her husband’s home.

For women to have free speech, the right to read, the right to write, they need to have the right to roam physically, socially and intellectually. There are few social systems that do not regard with hostility a woman who walks by herself.

PEN believes that violence against women, in all its many forms, both within the walls of a home or in the public sphere, creates dangerous forms of censorship. Across the globe, culture, religion and tradition are repeatedly valued above human rights and are used as arguments to encourage or defend harm against women and girls.

PEN believes that the act of silencing a person is to deny their existence. It is a kind of death. Humanity is both wanting and bereft without the full and free expression of women’s creativity and knowledge.

Actress, author and advocate for the rights of young black women Buhle Ngaba, speaking at 2017 The Open Book festival, PEN’s first public event to celebrate the PEN Women’s Manifesto, said: ‘People are scared of women who can put their voice down on the page. When I picked up a pen, I became dangerous.’

Let’s celebrate that courage to pick up a pen and, by writing oneself, writing the world.

The Women’s Manifesto will be officially launched on International Women’s Day on 8 March. There are almost one hundred and fifty PEN chapters in the world and the Women’s Manifesto is being widely translated into the mother tongues of these different centres. It is already a manifesto with global reach but it is also intimate. It is there for each of us—regardless of gender—to take to heart.

PEN is an organisation representing writers of the world, defending free-expression and encouraging literature. 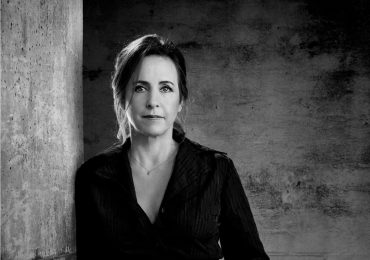 3 thoughts on “The PEN International Women’s Manifesto: ‘The act of silencing a person is to deny their existence. It is a kind of death’”