The JRB presents a new short story by Mbali Sikakana.

One day she takes a plane to a small town to meet reluctant in-laws. Reluctant might not be the right word, nor the word in-laws. Their shared connection lies asleep in each of her arm crooks, one mumbling unintelligibly, the other twitching against her rib. The fourth member of the act is somewhere in the city; possibly able to see the same sky.

The Airbus climbs and they hurtle toward unknown people in a soon-to-be known place. Trees and streets and signs and strip malls make for quick, concrete knowledge where places are concerned. Not so much people. She had attempted to contact the sister on Facebook with a sorry story about strangers and what can happen between them, wondering if curiosity is something one can rely on more than empathy.

She received no reply.

The small body against her rib wriggles in discomfort. Is it the air pressure? Unfamiliar smells? The cabin of adult bodies in different stages of decay? She hopes he won’t cry and ventures a breast, gambling that her sister, with her far-away glare, will act as a shield against the other passengers. The trip has been smooth, which serves to take some of the edge off her mood, although she remains cautious, wary of being too forward with this feeling. When fantastical things happen, like twins born from a once-off encounter, one tends to become more than mildly superstitious. After months of fighting a shadow war, she knows the brunt of human history on her sex. Her instinct is to become like water. She is ambivalent about combat.

One of the things about small towns is their enduring catalogue of what belongs to whom, which helps signal who does not belong. There is an inside joke that forms around a roster of characters that registers to themselves and no one else. Who is Joe of ‘Joe’s Takeaway’ and how does he feel about ‘Joe’s Spare Parts’ just a few metres away, standing in quiet defiance? It occurs to her that they could be the same Joe. The taxi bumps over potholes, indifferent to the squealing insistence of the tiny fingers clutching at her breasts. An hour’s drive seems a good amount of time to collect her thoughts. Trees and parched earth fly by in turn. Her older sister is stone-faced and embarrassed, an unwilling chaperone.

‘I think we should begin at the B&B and freshen up. Do you want to meet them looking like that?’

Her sister frowns. She looks down at her wrinkled top and the milk stains spreading on the yellow fabric. Her braids crowd her face like a mask and the question registers. They don’t even know she’s coming. She may be able to capitalise on the initial shock. She agrees to a shower and a change of clothes. The B&B owner is a white-haired woman who strikes her as a reluctant entrepreneur. Her son stares at them from the living area while sipping slowly on what looks like a draught of beer, his rugby cap low over his eyes. He scans the laminated menu in front of him like a visitor. The other thing about small towns: unknowable men who skirt the margins of polite society and live with their mothers. She thinks of her brother, a software developer with an impressive sports car and a new Canadian girlfriend, an exchange student, at turns thoughtful and spoiled.

‘What should I wear?’

She has brought mostly sweats and running shoes. It seems more realistic than pretending that nurturing two infants is a glamorous job. She has prepared her opening remarks, careful to make it clear that she isn’t looking for money and does not want to bind them by a moral law of genetics. She simply wants them to meet the babies. Given that opener, she wonders why she even came. Looking down at their still, expectant faces, she remembers. Anything can happen. She is here to see what anything is and what can be made of it. Just as anything has already happened. That’s the other side of the coin of superstition, which allows you to dream. Her mom calls.

‘Yes, the place is comfortable.’

‘Yes, we will come right back.’

‘Yes, I will not say anything that wasn’t discussed.’

At first, her father was a thermonuclear ball of gas at the news. Her parents are both doctors. Family planning charts adorn the walls in the bathroom. There is a condom jar at the sink. The part about plenty of money for reproductive services like termination remains unsaid. Her medical degree is almost done. Her sister is getting married soon to a nice man who upholsters antique furniture. There is no shortage of factors ensuring she and her family members will maintain their happy lives.

Her mother is fidgety and worried. Her sister is a stormy figure in the shadows, refusing to look at her even as she remains by her side. She is starting to grow accustomed to the treatment, like having a nanny from Eastern Europe, who is stern and of few words but also good with children. She has no answer for the prying eyes and questions of the general public, whose interest in her affairs is new and unrelenting. She reads at every spare moment about probabilities and statistics.

Recently she read a comic. In it a father tells a son: The world isn’t fair, Calvin.

He responds: I know, Dad, but why isn’t it ever unfair in my favour?

The gate is locked. The exaggerated padlock on it strains and pulls it further from its frame. Green paint is slowly being stripped by sun and rain. The Google Maps image of the property is accurate, all the way down to the old dog that tramps towards the gate with enthusiasm, the gusto evident in its exertion, but not its speed. The driveway stretches to a rusty carport and then to what looks like a weather-beaten Wendy house. It rests uncertainly on bricks with the door ajar, reminding her of a slack jaw. The babies sleep peacefully on her chest. She stands awkwardly as neighbours drive by, slowing down to make them out and then speeding up again to feign indifference. Her sister shouts the hellos people reserve for haunted houses, she imagines, and at the thought she is ready to turn on her heels. Has their presence been announced by some message from the ancestors? By the tattle-tailing child-ghost of the boy who used to climb trees here? She bites her lip. A woman emerges from the door at the front of the house, solid, wiping her brow with a facecloth. Mama has been cleaning. She is taken off-guard: black people don’t usually use the front entrance. Mama walks across the grass and onto the pavement to establish a courteous distance for conversation. She is wearing black tights and fuzzy slippers with a branded T-shirt that presses against her ample bosom. She smiles politely.

Greetings flow. Then the blow. Her sister utters the words first: slowly, matter-of-factly. Maybe the information could have been saved for once they were inside, on a couch, but how else would they get in? Her head is spinning. Mama asks to take the children and motions for her and her sister to come inside. The living room is airy and smells of cleaning materials. Brasso. Handy Andy. Pledge. There are family pictures on a wall. Some are of Mama graduating, a large afro tucked unsuccessfully into her cap. Today her hair is in neat cornrows. She sits down on the couch, on edge, clutching a glass of tepid water. It turns out things like tiles, house plants, wall colours and mothers are significant details about someone. She grows tense as more unforeseen intimacies manifest themselves in her line of sight. Mama speaks freely with no regard for her reservations. She is disappointed. She is sad. She is glad to know her. Them. She is sorry.

Her speech is fuddled. She doesn’t remember what she has said and what still needs saying. Her sister is in the kitchen making tea while Mama makes bottles for the boys. In her brief solitude, she scans the room for signs of other life. There are none, but the day’s cleaning makes this an unreliable observation. When she returns, Mama explains that she is alone. Her husband is dead, her daughter is in London and her only son is working in Durban. Of course this last part she knows. Here’s another thing about small towns: things are neither subtle nor remarkable. Everything just is, like breath held for an inevitable outcome. That’s part of why you can’t stay long. She ponders the secondary shame her own family feels, their reasonable fear of the body. Mama tells stories from her workplace that make trashy magazines seem tame and she laughs heartily enough to make it feel like a second visit. She is grateful.

Mama joins Facebook. She posts text updates sent to her about the babies, and photos, tagging her son. He respectfully likes them, but still, he will not return her calls. The sister writes to him angrily. He does not reply. 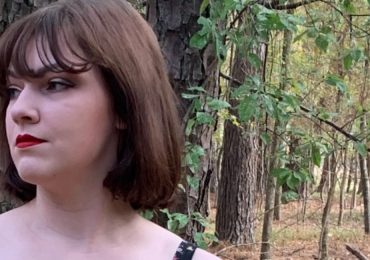 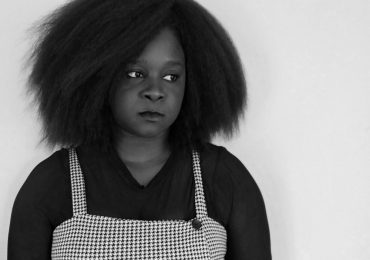 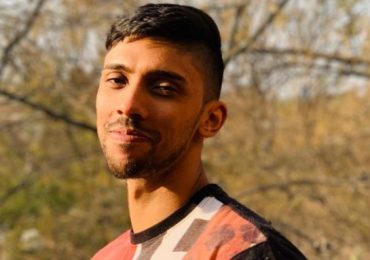 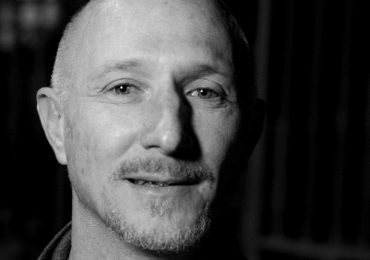 One thought on “New short fiction: ‘Intimates’ by Mbali Sikakana”