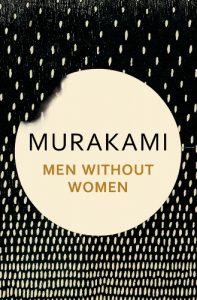 In Haruki Murakami’s collection of seven stories, Men without Women, the characters drive Saabs and treasure their cassette decks. They listen to The Beach Boys and The Temptations, queue for the latest Woody Allen movie, and conduct their romances across the checked tablecloths of Italian restaurants. The consoling background of tasteful consumption, leaning strikingly in the direction of European and American cultural goods, is common in Murakami’s fiction.

It is also a good indicator of what many readers find and expect to find in Murakami: a lifestyle and a guaranteed level of luxury. On one level his books are perfectly engineered exports. They combine the foreign and the domestic in the form of Russian dolls. To an outside reader Murakami’s Japan, in its preoccupations with European commodities, is a more than palatable image of the exotic. To the Japanese, I imagine, the cultural fluency of a Murakami character is the sign of a pleasing up-to-dateness, an informality in the culture (imagined or not) replacing the rigidities of the past. In many ways the most foreign thing about Murakami is his unrelenting need to appropriate and adapt Western culture and language in a way that no writer in Europe or the United States would do.

In one story, for example, a young man urges a friend to take his long-time girlfriend out on a date. When his friend asks for the reason the first man has an explanation: ‘I figure, if she’s gonna go out with other guys, it’s better if it’s you. ‘Cause I know you. And you can gimme, like, updates and stuff.’ For any other author the translation into obsolete American slang would be a serious error of judgment. For Murakami though the valley-girl dialect (‘you can gimme, like, updates’) is not entirely misapplied.

In general Murakami’s stories suffer from a lack of convincing invention, a writer’s ability to create interesting scenes and incidents without resorting to the bizarre. The collection’s most successful story, ‘Drive my Car’, studies a man in late middle age who has lost his beautiful but unfaithful wife. Kafuku is an actor currently engaged in ‘a Meiji-era adaptation of Chekhov’s ‘Uncle Vanya’. He hires a driver, a young and outwardly unattractive woman, Misaki, who comes to see herself, somewhat ironically, as a figure from the play: ‘My features are plain, that’s all. Like Sonya’s.’ Kafuku’s conversations with his new driver are spliced into the relation of his memories of married life, his acting career, and the death of his wife at an early age from the over-determined cause of uterine cancer.

The story is in the end a meditation on the ability to adapt, appropriate, and otherwise produce the effect of a great performance whether on the stage or in private life. To Misaki’s inevitable question—’You loved being someone’s other than yourself?’—Kafuku has an inevitable answer: ‘Yes, as long as I knew I could go back.’ The proviso is only that ‘the place you return to is always slightly different from the place you left.’ The story might well be read as a commentary on Murakami himself and on Japan’s ability to adapt what it required from the West, allowing itself to change only ever so much in the process (‘always slightly different’). The various forms of white consciousness and black consciousness in South Africa might learn from that strategy rather than the narrow assertion of ethnic grievance.

The most poignant insight into this process in Men without Women comes from a character who is invited to think of his experiences as the rings of a tree which set out its history. Instead of a tree he sees a German cake: ‘I tried to imagine growth rings inside me. But the only thing I could picture was a leftover slice of Baumkuchen cake, the kind with treelike rings inside it.’ Even on the inside, the outside, the foreigner, the gaijin are present.