The JRB presents a new short story by Patrick Flanery, which is part of a larger work.

They say catalogue, the librarians, but that is not the extent of Ed’s intentions. Rather, he will do the job they have hired him to undertake—working protected from the heat of the day in stretches of time between breakfast burrito, lunch taco, evening swim and sunbathing at the university pool followed by a protein shake in place of dinner—but in those working hours he will not limit himself to cataloguing. Just as they do not know the extent of his intentions, they do not know the extent of their holdings. That is the truth. They know there are X number of boxes, stretching to X meters of shelves, occupying X percentage of total repository space, but the Xs obscure the real quantity of material contained within what they signify: the welter of papers, some accessible to scholars, much still embargoed. They obscure, too, the full extent of the even greater proportion of material contained in the original digital records, all of it restricted from scholarly access until seventy-five years after the author’s death, a death that is yet to come. The sum of all those boxes, devices, folders, files, and fragments constitutes, he knows, that disturbance in time called a life—a life spent working, entangled with other lives and texts such that the diffraction of that central life—her life—across those other lives and texts has produced (is still producing, may go on producing) the quantum of signs he, the archivist, has been tasked with cataloguing.

Ed’s role requires him to scan the paper materials that have not been digitized as a means of securing their permanence. He is also required to produce encoded copies of these and all of the digital files in what the librarians hope will be a secure and enduring format, one that does not degrade over time, that will be, they believe, as permanent as humans can manage, a format at once both of and outside the human, that might in time even be inserted into a human.

Beyond this task of cataloguing and securing the archival data, Ed has other aims unknown to the librarians. By scanning hard copies and creating new encodings of the original digital files, he will be laying the groundwork for what he sees as the real task: the creation of egg and seed, their combination, fertilization, maturation, and subsequent reproduction, a task that is, itself, without extent. He will be making something new. That is to say, he will feed all of those texts, all of that data, to his machine, allowing it to learn her words, her style and turn of phrase, her formal and philosophical imperatives.

He has already started this, feeding it all of her published works and the files he has previously digitized, all of her family photos, press images, video recordings, a list of works she is known to have read (which the machine can access of its own volition), all of her emails and letters, personal and business correspondence, essays and articles articulating her positions, her pronouncements about the purpose of literature in the world. Prize acceptance speeches. Public lectures. Seminar notes. Syllabi. Even grocery lists, outlines of household accounting that have ended up in the dusty archival boxes, all of it reduced to a code of letters translated into numbers and back into words that his machine reads, at first only to the extent of identifying patterns, though this is not the limit of its powers. As a result of its reading, the machine is now able to produce text that even scholars of her work would, he is sure, mistake as the author’s own.

In time, the machine will become increasingly adept: non sequiturs in its novel texts will begin to give way to logical sequence; the machine will learn to control point of view, narrative progression, theme and pattern. He will be able to enter a series of terms, even a whole unfinished fragment in the author’s voice, and this will trigger the machine’s production of a novel novel—a heretofore unknown novel that he, cataloguer and curator of the author’s archive, will insert into the digital record, covering his own digital traces, placing this new work among those currently embargoed digital files, which the librarians have not themselves consulted, the extent of whose contents are, to everyone apart from him and the author herself (but perhaps even also to her), a mystery.

She could not possibly remember every file she has ever created, every idea abandoned. He already has his list of favorites, the fragments he knows must have the chance to live as completed works. Why should he and others be content only with what her biological self has managed to finish? Why satisfy himself with that slim corpus of novels when the archive contains so many potential others? And not just potential ones, but actual unpublished novels, nearly a dozen in states of near completion, only to be forsaken by the author. He has taken them home to read at leisure in his ground-floor apartment, these wild stories that resituate her oeuvre almost beyond recognition, novels that refuse the rules readers have come to expect, stretching her aesthetic and formal territories to encompass entirely new worlds. The machine has learned these unknown novels as well, so that when it eventually writes its new books, which will one day find their place in the embargoed digital archive, they will, he foresees, come to be regarded as transitional between the novels she dared to publish and those she kept hidden. All he is doing is providing connective tissue, turning the juvenilia into mature works, transforming abandoned alternative drafts into narrative worlds of their own.

Past the horizon of connective tissue, he imagines works that push the territory of her creation beyond what even he can imagine. To set the machine going on this process, he has started experiments, such as asking the machine to write a pastiche of Dickens and Dostoevsky, but in her style. It produced a text of a thousand pages, some of it magical, moving, much of it impenetrable, uncertain whether philosophy or folly, but in time the machine will improve, becoming a better reader and thus a better writer of her texts; it will achieve more than mere pattern recognition and begin, he is certain, to think its own thoughts as if it were she herself. To write without his prompting.

His intentions extend further still: in recent weeks he has started building his own machine, feeding it his own letters and emails, text messages, essays and doctoral dissertation, videos and photos of himself. At some point in the future, beyond the horizon of his own and the author’s biological lifespans, he imagines his machine reading the novels produced by her machine and his machine undertaking its own infinite process of archiving and analyzing each new work that she—the she that is also an it but more than only an it because an it with volition and mechanical cognition—goes on producing. An eternity of novels written by her, read by him, beyond the limits of their biological lives. If it can be done, he thinks, why not do it? Why not step into a space of infinitude if such a step is already possible?

This is all Ed is doing, he thinks: giving himself—giving everyone—enough pages to fill each day from birth to death, enough pages to keep our mechanical selves occupied even beyond death’s limit. Our obsession with archives, Ed believes, is not only about origins, about context and history, but ultimately a symptom of unsatisfiable desire, an effect of our insatiability with what writers and artists leave behind at the end of their lives, a result of our wish for there to be no limit, whether to their works, or our capacity to read them. 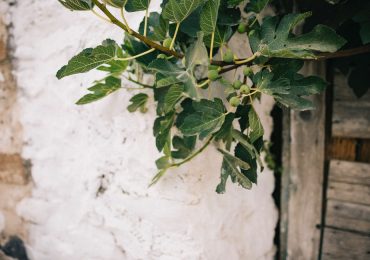