LAPA will become part of Penguin Random House South Africa, retaining its name and identity, leadership, publishing direction, and staff. The acquisition will enable Penguin Random House South Africa to increase its domestic market share and position and to strengthen the reach and diversity of its publishing programs and titles for readers nationwide.

Penguin Random House SA and LAPA both publish original adult and children’s fiction and non-fiction in hardcover, paperback and digital editions. LAPA’s imprints will complement those of Penguin Random House SA. LAPA publishes just over 200 titles annually, and the combined company expects to release more than 350 print books a year.

‘We are very excited to be working with the team at LAPA. They have terrific publishing programmes, an excellent growth record, and a strong presence in the Afrikaans children’s and fiction markets.

‘We have long been impressed by their talent, professionalism and ambition, and believe our two businesses will learn a lot from each other. I fully expect that we will see an exciting exchange of ideas and a passionate collective energy in the consolidated business, to drive forward the highest-quality publishing standards and growth mind-set that we all share.

‘The businesses will continue to maintain their current focus and will remain operating as they are, with the possibility of some systems harmonisation. The LAPA management team have shown an impressive and successful ability to grow and we intend to help them to grow even further.’

Sonél Brits, managing director of the ATKV-MSW, says the ATKV views the acquisition as an excellent opportunity to promote Afrikaans writers and their work:

‘It will significantly increase Afrikaans writers’ footprint and will afford them international exposure and opportunity. We trust that LAPA Publishers will only go from strength to strength in the impressive stable of Penguin Random House South Africa.’

‘This development holds huge promise for LAPA and our authors. We are delighted to join Penguin Random House South Africa and to become part of their parent company, the international book-publishing standard-bearer. Through Penguin Random House we will gain access to valuable platforms and resources, while retaining our corporate name and identity as the biggest Afrikaans publisher and market leader.

‘LAPA’s business core remains intact and we’ll continue to preserve and protect our integrity while integrating with a publishing brand whose cultural pre-eminence, commercial success, and support for its authors are known and respected across the world. We are looking forward to an extremely promising future together!’

Penguin Random House SA has been trade publisher of the year in 2016, 2017 and 2019 and has been awarded the Sunday Times annual fiction prize for the past six years. 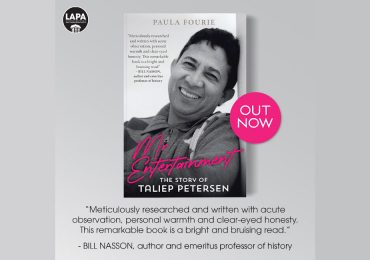