Author Zinzi Clemmons, who is in Johannesburg on a book tour, sat down with The JRB Editor Jennifer Malec today to discuss her work, but the conversation began with a discussion of literature’s latest #MeToo moment.

Clemmons says journalists have been investigating allegations of sexual misconduct aimed at Junot Díaz for the past year, and says she believes more women will come forward.

Clemmons, author of What We Lose and recipient of the National Book Foundation’s ‘5 under 35 award’, made international headlines last week when she accused Diaz of forcibly kissing her when she was a graduate student at Columbia University.

Towards the end of a discussion at the Sydney Writers’ Festival, Clemmons stood up and asked Diaz about a recent essay he wrote for the New Yorker, in which he detailed the sexual assault he experienced as an eight-year-old boy, and then confronted him about the way he had treated her six years prior.

In the New Yorker essay, Diaz writes about the legacy of the childhood abuse he suffered, including his troubled relationships with women, saying: ‘I think about the hurt I caused.’

Clemmons took to Twitter that evening to speak out, saying: ‘As a grad student, I invited Junot Díaz to speak to a workshop on issues of representation in literature. I was an unknown wide-eyed twenty-six-year-old, and he used it as an opportunity to corner and forcibly kiss me. I’m far from the only one he’s done this to, I refuse to be silent anymore.’

Diaz later withdrew from the Sydney Writers’ Festival, and released a public statement to the New York Times through his agent, saying: ‘I take responsibility for my past. That is the reason I made the decision to tell the truth of my rape and its damaging aftermath. This conversation is important and must continue. I am listening to and learning from women’s stories in this essential and overdue cultural movement. We must continue to teach all men about consent and boundaries.’

Authors Carmen Maria Machado and Monica Byrne, as well as a number of other women, have made public allegations about verbal abuse they received from Díaz, and author Alisa Valdes opened up about Díaz’s ‘misogynistic abuse’ in a blog post titled, ‘I Tried to Warn You About Junot Díaz’. 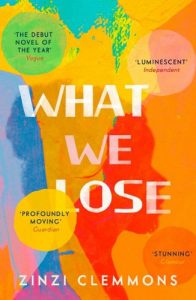 Jennifer Malec for The JRB: I don’t want to let this topic dominate our discussion, because I want to talk about your work, but I want to begin with asking what has been happening since you confronted Junot Diaz at the Sydney book festival?

Zinzi Clemmons: I have received a lot of support from a lot of writers, a lot of people at institutions that I was part of that he was sometimes part of as well. Basically, what’s happening now is that a lot more women are coming forward, so miraculously what I did had the intended effect.

Journalists had been chasing this story for about a year, before this. His reputation is well known. And it’s worse than most people think. The reason I did that is because we were getting to a standstill with the story, so I knew I had to do something to make sure that it continued, and that’s what’s happened. A lot of the women who he targeted, most of them, are women of colour who are desperately, as most of us are, this isn’t a judgement on them, seeking a place in the literary industry. And they were very scared and remain scared about the repercussions to their careers. So I knew that it was necessary that someone had to come out, publicly, so that people knew what was happening and that they would ask more questions. And now people are asking more questions, and news outlets are looking into it, MIT is doing an investigation, I got contacted by Columbia, and it seems like a lot of people are going into investigation mode right now and trying to figure out the exact scale of what he’s done.

The JRB: So do you think there will be a lot more women coming forward?

Zinzi Clemmons: Yes, I think so. I can’t talk about it in too much detail as it’s still ongoing. So for people who have been speculating about it, it’s pointless and you shouldn’t do it, because you know very little about what actually happened.

The JRB: Where do you think the conversation should go from here? I see today that Penguin Random House poetry editor has been accused of assault by the poet Amy K Blakemore.

Zinzi Clemmons: With Díaz: who knew and when did they know it? I think that’s the first question.

Zinzi Clemmons: Right. And the second question has to more specifically do with his position as a writer of colour, and being seen as a figurehead for Latinx writers. The reason why he was able to do this for so long is because within that community protected him, because he was the person who ‘made it’ and so much like Bill Cosby he needed to be protected at all costs. So I think the second question that needs to happen is an intracommunity discussion about our blind spots and what we’re willing to do in the service of racial advancement that might put other things back, like gender equity and so on.

The JRB: Thanks for speaking to us about this. I’m sure it’s probably not your favourite topic.

The JRB: Have you had any private messages that have gone nasty?

The JRB: Publicly I’ve seen a lot of support, I haven’t seen much pushback.

Zinzi Clemmons: Yeah, I think the times are changing and that’s encouraging.

The full interview with Zinzi Clemmons will be published in the new edition of The JRB on 4 June.