Courtesy of Jacana Media, an excerpt from New Times, the much-anticipated new novel from Rehana Rossouw.

Rossouw is the acclaimed and award-winning author of What Will People Say?

Her new novel takes us into a world seemingly filled with promise yet bedeviled by shadows from the past. In this astonishing tour de force Rossouw illuminates the tensions inherent in these new times.

Read the excerpt, from Chapter 2 of the book:

Lizo roars out of the Parliamentary precinct and heads out of the centre of town and up the hill to Bo-Kaap, his deep-tread tyres churning through the puddles in the streets. He turns to me when we’re brought to a halt at a red traffic light. ‘What about the Minister of Welfare? Made any progress on that story since we spoke last week?’

Lizo’s only dropped a story into my lap like this once before, and he must know plenty that’s a guaranteed front-page lead. I had just started out as a journalist when I met him. He’s from the Eastern Cape, near Lusikisiki, didn’t know Cape Town at all when he arrived eight years ago fresh off Robben Island. I was his chauffeur, driving him to meetings with the leadership of the Mass Democratic Movement where they planned the next defiant strike against the apartheid government. Then he told me the message from Madiba, gave me an international scoop in my ninth month as a reporter.

It was hard at first, knowing so much about the insurgency long before my competition caught a whiff. Then I got the hang of it: everything was off the record when I tagged along with Lizo but could be stored away for future reference. The only advantage his friendship gives me is that my stories have a depth of understanding other journalists can’t match. I can analyse the strategies, and identify faults when required, no matter how much Lizo protests. He does not control what I write, never has. So why is he tipping me off now? Is he supporting me or is this his next strategic move?

Still, I couldn’t resist, jumped onto the corruption story with a passion that I had worried I had lost to unemployment. I describe how Coen stuttered when I called last week to ask what action the party was taking against the Welfare Minister. I say nothing about the resistance from Milly and Joy when I pitched the story, although the thought of it sends a furious shiver rumbling down my spine. Lizo doesn’t need to know; I can deal with it. ‘I will have it tied up in a few days. Just waiting for a couple of responses.’

‘That’s not good enough, Ali. This story is going to break, and soon. Surely you can see this one is bigger than anything else you’re working on?’

No shit, of course I can see that a Cabinet Minister being investigated for corruption is a huge scoop. ‘I’m working on it, okay? Why’s it so important I get the story into the next edition? What’s it to you?’ We’ve arrived at my house, halfway up steep Upper Leeuwen Street lined with a row of semi-detached, iron-roofed houses. Lizo turns to face me after he parks and switches off the ignition, sliding his arm across the steering wheel, trying his best to look casual while his voice climbs into the freezer. ‘Don’t you want this story, Ali? There are other journalists I could give it to.’

Now I know for sure Lizo’s playing me, he’s driving his finger deep into another sore pressure point. Of course I want this story, I have a reputation to resurrect, but first I want to know what I’m getting into. What am I missing? It was his idea that I ask the Minister of Welfare’s party if they are going to ask him to resign. Is he stirring up a controversy to divert attention from something else? It’s too dark in the cab to make out his expression but I can smell hot conspiracy oozing from Lizo’s pores. 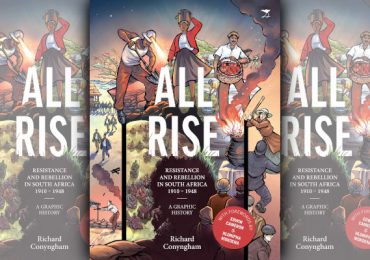 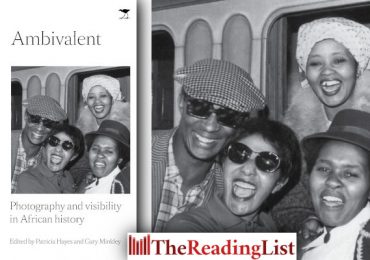