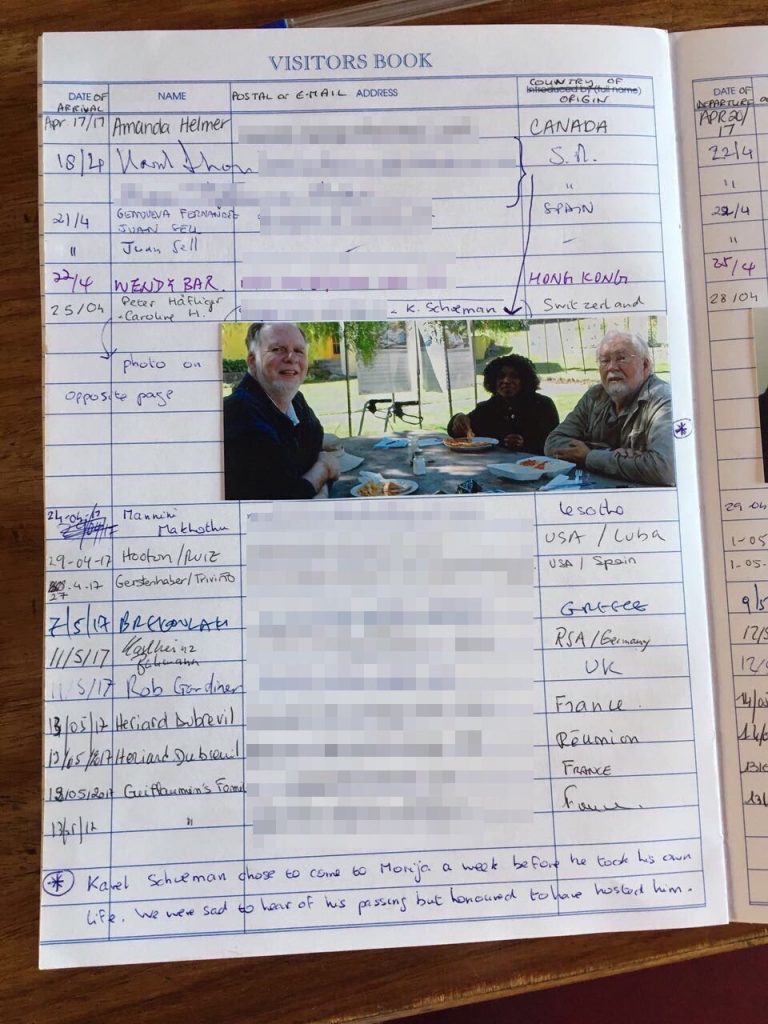 Before he took his life on the first of May this year, author Karel Schoeman made a final pilgrimage to Lesotho—in particular to the small historic town of Morija, where he stayed at Morija Guest Houses (which has hosted several notable writers over the years), signing the visitors’ book on 18 April, as pictured above.

The same page of the book also contains a photograph of Schoeman taken during his stay (Schoeman is at far right). ‘I won’t be coming back,’ he told his hostess, somewhat cryptically. A few days later, the world knew why.

‘Karel Schoeman chose to come to Morija a week before he took his own life. We were sad to hear of his passing but honoured to have hosted him,’ reads the visitors’ book at the guest house, below Schoeman’s entry at the top of the page.

Photo courtesy and © Leigh Jackman 2017, and published with the permission of Morija Guest Houses 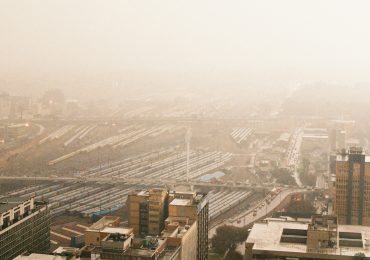